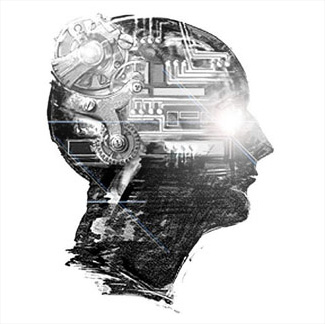 A national skills programme is changing the lives of young South African women and is proving that no job is too tough for girls.

Through programmes such as Techno Girls, the country is making progress in enforcing women inclusion in industries such as the Information and Communications Technology (ICT).

According to statistics released by the Institute of Information Technology Professionals, women in South Africa make up more than half of the country’s entire workforce but only 20 percent of them are in ICT. Now a public private partnership wants to change that.

The Ministry in the Presidency Responsible for Women, Department of Basic Education, UNICEF, the State Information Technology Agency (SITA) and Uweso Consulting have come together to implement the Techno Girls programme which is aimed at addressing the gender gap in sectors that are traditionally male dominated.

University of Pretoria student, Lerato Mhlongo had the privilege to take part in the Techno Girls programme which has brought her one step closer to achieving her dream of being an information broker.

When most teenagers were spending time with friends during the school holidays, Mhlongo was already doing her job shadowing at Airports Company South Africa (ACSA).

“During the job, shadowing the company provided me with money for transport and food,” Mhlongo says.

Her time at ACSA made her believe she had the power to achieve her dreams as she was surrounded by ambitious women who always motivated her to believe in herself.

One of the most valuable lessons that Mhlongo learned from her mentors was that there is no obstacle that was greater than her abilities.

“They also encouraged me, telling that there’s no career specifically meant for men and there was nothing that could stop me from being who I wanted to be,” Mhlongo says.

She has nothing but praise for the programme saying it helped her improve her self-esteem.

When Mhlongo joined Techno Girls, she wanted to study civil engineering but she later changed her mind about her career choice when she attended a career guidance session.

Mhlongo chose to study for a Bachelor of Science in Information Science, because she regarded her course as being one of the critical fields since it exposed her to learning about economics, business, and information.

“We are living in a world of innovation. Things change. There’s no longer a market for people who are doing the same thing.

“I love the course because I get to gain a lot of knowledge. Once you gain knowledge about a certain thing, you tend to be confident about how you live your life. Your values change and the way you see things changes as well. So doing this degree makes me see life in a different perspective which helps me to structure my life in a way which will help me reach my goals,” she says.

Mhlongo who also credits her mom and teachers for motivating her to always perform to the best of her abilities in her studies – is planning to do her honours degree next year and has already started to apply for internship programmes.

“I believe if you get support in life, then you also have to make an effort to get to where people are trying to get you.”

“The job shadowing is implemented over a period of three years for 15 days per annum over the period,” Hofmeyer says.

The Techno Girl Alumni Association continues to support beneficiaries who have completed the programme and are furthering their education at Higher Education Institutions to ensure a high completion rate of studies for girls.

Mhlongo is one of 19 girls who are part of the Techno Alumni programme and are studying towards a qualification for a career in the ICT sector.

Mhlongo is also a recipient of the National Students Financial Aid Scheme (NSFAS).

More than 9000 girls have benefited from the Techno Girls programme since it was piloted in 2005. The programme currently has more than 2 700 girls benefiting from job shadowing.

Last year, the Department of Telecommunications and Postal Services launched the Women in ICT forum.

Deputy Minister of Telecommunications, Prof Hlengiwe Mkhize, says women in the ICT sector were responsible for transforming the sector.

“When submissions are made, I must have a clear map when I have to make recommendations to the minister in a moment of [need for] a director; I must be able to say no, in this division we can’t have a man because I am supposed to be a transformation hub and make sure it’s happening,” Deputy Minister Mkhize says.

In another move to improve the livelihoods of young girls and women, the Department of Telecommunications and Postal Services have partnered with Telkom, Intel, Deloitte and school Net to develop an interactive website for the women in the community of Tlhabane, Rustenburg.

The platform has been established to assist more women to access ICT services.

The website will have information about the community and an interactive chat medium for women to communicate with each other, allowing a support structure to be formed for its users.

Emang Basadi Advocacy and Lobby Executive Director Bosa Ledwaba says the website had been developed to assist women address issues of domestic violence and crime in the community.

The website will be available on mobile phones, tablets and iPads.

Ledwaba says as part of the programme, about 50 young girls and women have received digital literacy training at the centre, as part of the Lwazi Digital Literacy Training project.

Recipients of the projects will also be taught how ICTs can enhance and improve their lives, and how to access information and support through technology.