South Africa launched its own Space Agency, a comprehensive Space Policy and there is talk about creating a satellite launch facility in the future.

“The space industry is now big business. It is not simply a matter of space travel, although the possibilities of space travel have excited and fascinated many of us, but it is about an industry that has enormous potential future growth.” Those were the words of Naladi Pandor, Minister of Science and Technology, speaking at launch of the South African National Space Agency (SANSA) in Midrand on 9 December 2010.

In the past South Africa had a space programme, but it was discontinued in the mid 1990s. From 2003 government began to introduce some new order into space science and exploration in an effort to avoid duplication of effort and funding.

To date South Africa has launched two satellites, SunSat and SumbandilaSat. Both had their own measures of success. SunSat was designed and built by students and the staff of the Stellenbosch University and launched by NASA in return for a NASA instrument included in the payload. The project led to the formation of SunSpace.

SunSpace successfully built and commissioned one other satellite for an undisclosed country and developed considerable experience in satellite imaging technology and satellite RF sub systems.

In 2009, South Africa, Nigeria, Algeria and Kenya agreed to go ahead with plans to construct and launch a constellation of earth observation satellites. The idea for the project now known as African Resource and Environmental Management constellation (ARMC) was born some years before but various constraints held it up. As part of the agreement each country will launch a satellite to make up the constellation.

Currently the Cape Peninsula University of Technology is working on two satellites; a single CubeSat and a three unit CubeSat. The Amateur Radio Satellite Association  (SA AMSAT) this week announced that it will build two CubeSats.

With all the activity in the space environment, a national space agency for South Africa makes good sense. This will enable SA to harness the technological expertise that is being built-up and ensure that it is deployed to develop our country’s economy. The Department of Science and Technology got it right by developing a National Space Strategy before forming a Space Agency.

The three main objectives set out in the policy are:

In addition, the strategy provides for the implementation framework for a national space programme that will be undertaken by the National Space Agency.

It may not be a NASA, but it is a giant leap forward in keeping South Africa focussed on innovation and hi-tech developments. It if it hadn’t been for the world’s paranoia during the cold-war years, South Africa would today have been able to put its own satellites into orbit. Although the Minister announced that the facilities that were mothballed in the nineties will be re-commissioned, it will be a long time before we will be in the position to carry out our own launches. 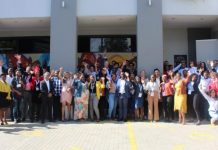 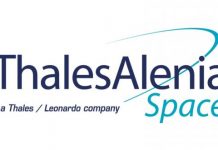 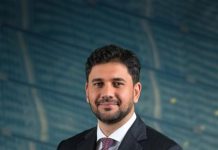 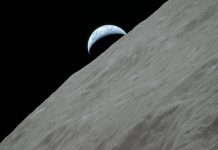