Cape Town – Google has launched a “tech incubator” in Cape Town to help drive development of innovation in Africa.

“In keeping with its ongoing commitment to foster innovation in Africa, Google is excited to announce the launch of Umbono, its new technology incubator, which will be based in Cape Town, South Africa,” the company said in a statement.

The technology giant hopes that it will encourage web development on the continent, and there is a hope that new local giants like MXit will emerge.

“We’ve seen some terrific start-ups come from this environment, companies like Yola, MXit and Twangoo.  Google’s latest investment with Umbono is a great extension of our overall strategy in the region to strengthen the web ecosystem,” he added.

Google will provide mentorship to teams who are part of the programme. These teams will also receive significant funding and space to incubate their ideas.

“For six months, teams will enjoy free office space and bandwidth, in addition to the $25 000 to $50 000 in funding they’ll receive from Umbono’s panel of angel investors and Google,” the company said.

The internet has come under scrutiny in Africa of late as some governments look to limit access to particularly social networking websites as a way of staving off the kind of upheaval  that caused the ousting of long-time Egyptian strongman Hosni Mubarak.

“As the web expands with these tools, states start losing power and depending on the country you’re in, when the operator is in the pocket of the government, you in trouble,” Hersman told News24 at the Tech4Africa in 2010.

Google has partnered with the Silicon Cape Initiative and the Bandwidth Barn to ensure that there is a local footprint to help mentor the teams along with “Googlers”, Google staff members.

Applications for the first round opened on March 22 and the deadline is April 15. Apply directly on the website if you are interested. 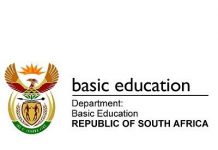 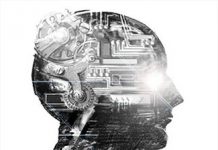 Erasmus+: EU boosts participation of African students and staff in 2019