NAIROBI (Xinhua) — Many researchers when they come up with innovations hope that their works would improve the lives of people.

For instance, when a researcher comes up with a water purifier, he believe that the gadget would help people who cannot access clean water purify their water thus protect themselves from diseases.

However, in third world countries like Kenya , this often does not happen.

Most inventions and researches gather dust at universities.

Some researchers patent their innovations and for lack of support from relevant authorities try to market the products themselves.

When she invented a tick-trap, Prof. Rosebella Maranga, a parasitologist at a university in Nairobi hoped that through government’s support, the device would reach livestock farmers.

But the gadget that could save livestock farmers and Kenya millions of dollars in treating tick-related diseases is yet to reach farmers.

“It costs about 13 U.S. dollars. But if it is mass-produced, the price would come down, making it accessible to farmers,” she says.

The mass-production however many never happen.

Many other researchers in Kenya , who have come up with inventions capable of changing lives share Maranga’s predicament.

A recently released UNESCO Science Report 2010 identifies lack of support for research and innovation as one of the main reason encouraging brain drain in Africa , Kenya included.

The report says scientists are fleeing third-world countries like Kenya because authorities do not appreciate their works.

“A paltry funding for research and innovation encourage brain drain,” says the report.

Lack of adequate regulations to protect intellectual property and poor reward systems for researchers and technologists working in research institutions and universities also fuel the exodus.

“These factors push native scientists to migrate to comfortable zones of the developed world. Brain drain is now becoming the most worrying phenomenon for Africa ,” says the report.

The report further identifies poor governance and lack of stable political leadership in many African countries as another key reason that hinders research and innovation.

“The frequency of cabinet reshuffles in many countries results in instability among top officials in ministries responsible for science and technology.”

The report says the political changes contribute to weak strategies for innovation and technology transfer.

In Kenya , the Ministry of Higher Education, Science and Technology, the institution responsible for research and innovation has had three changes at the helm since its establishment four years ago.

Dr John Lukwata, a researcher at a university in Nairobi agrees with the UNESCO report. However, he adds that poor relationship between researchers and African governments is also to blame.

“There exists a poor relationship between many African researchers and policy makers. Issues of corruption in governments and excessive red tape in getting funding for research have contributed to disharmony,” says Lukwata.

The frosty relationship he says has therefore affected research and support for innovations.

The researcher further observes that African governments sometimes are unwilling to scale up the use of innovations because of the potential impact they may have on the status quo.

“Some of the innovations are capable of disrupting or bringing down industries. If you come up with an innovation in agriculture, and the gadget eliminates use of pesticides, people will not support it because of its impact,” says Lukwata.

Most researches and innovations in developing countries are also funded by foreign agencies.

The researcher notes this is another reason that makes governments shun research outcomes.

“Policy makers see the outcomes of the researches as having been dictated by the financiers out to pursue or perpetuate their own agenda,” he says.

But those are not the only problems hampering research; universities are also unwilling to cooperate with each other.

Many universities in Kenya view each other as competitors rather than partners. This makes them unwilling to collaborate for the growth of research and innovation.

They would rather collaborate with international agencies or universities than their peers in the country.

However, Lukwata says in Kenya , the relationship between government and researchers is being mended as the former warms up to researchers.

“Many people from the academia are now appointed into government. This would help to enhance relationship between researchers and the government,” he says.

Funding for research in Kenya has also been on the increase.

But the lecturer says it is still very little.

“Funding has improved over the years but it not much. Most of the funding focuses on academic researchers, for instance on gender studies and education,” he says “We need support for innovation if the continent is to solve problems that affect our people,” he adds.

Despite the challenges in Kenya , the country is not doing badly in research and innovation. According to the UNESCO report, it comes third after South Africa and Egypt.

The report shows between the period 2005 and 2009, Kenya was awarded 24 patents by the United States Patents and Trademark Office (USPTO).

Kenya also fairs well when it comes to scientific publications where the country had 463 publications in the period.

To tackle brain drain, the report suggests African countries should invest in research centres to enable scientists engage in excellent research with migrating. 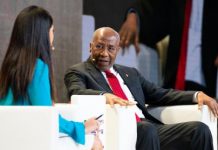