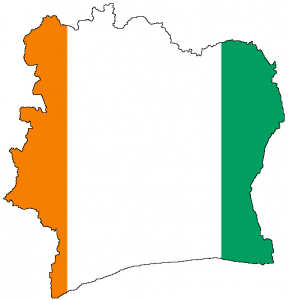 When Côte d’Ivoire’s five public universities reopen on 3 September, 61,000 students will arrive for the first time after almost two years since they were closed in the violent unrest sparked by the disputed 2010 presidential vote. There are fears the influx could cause chaos.

In the 2009-10 academic year, before the closure, there were some 56,000 students. “If the influx is not competently handled, it will spark fears of serious social problems among the students and parents,” said Kanvaly Fadiga, a lecturer at the Ecole Nationale Supérieure [a specialized tertiary institution] in Côte d’Ivoire’s commercial capital, Abidjan.

Fadiga argues that the whole education system lacks quality, and that the lost years should have been used to assess university education. Weaknesses could have been identified and rectified through consultations, measures devised to eradicate violence, the learning programmes revised, and rigour in teaching instilled.

Côte d’Ivoire was rocked by months of fighting between forces loyal to former president Gbagbo and those of his opponent, Alassane Ouattara, when Gbagbo refused to concede defeat after the November 2010 presidential election.

While Gbagbo was in office, the main university students’ union was seen by some as an armed wing of the ruling party, an accusation the union has denied. However, at the height of the 2010-11 election violence, several union members were known to carry firearms, and to extort money from students to fund union activities. Union members said the weapons were for self-defence, but witnesses told rights groups that they used the arms to harass people.

Gbagbo was arrested in April 2011 and Ouattara’s government ordered the closure of the all public universities in order to reorganize them for a fresh start.

“When the government decided to close the universities, we thought that it wasn’t a judicious move, especially that it was bound to cause more problems,” said René Hokou Legré, the head of the Ivoirian Human Rights League. “The consequences of the closure are being felt now. It is impossible to immediately catch up on the lost years. It will take generations. At the same time, there are many problems… such as how the universities, which are going to be overcrowded, will host the students.”

Edmée Abbouattier-Mansilla, the chief of staff at the Ministry of Higher Education and Scientific Research, said measures had been taken to cope with the surge of students when universities reopen. “Universities had been run down for around 15 years. These problems were worsened by the socio-political problems in 2011,” said Abbouattier-Mansilla. “We have therefore initiated reforms to restructure the university system so that they become institutions of excellence. For the opening day, all measures have been taken to accommodate the students.”

In July the government scrapped a provision that allowed students to repeat study years several times without having to leave, even in cases of failure. The change affected 1,856 students who have repeated three times, or have been at university for more than seven years.

Registration fees for a first degree course were raised from 6,000 CFA ($12) to 100,000 CFA (about $200). However, fearing an angry backlash, the authorities slashed the fee to $60, but this is still a considerable increase.

After the two-year disruption, many of the students have lost their enthusiasm. The expected overcrowding has dampened optimism, and resuming learning after such a long break will be slow and difficult. Massiami Kamagaté, 23, sat her high school exams in 2009 and has been waiting since then to join university. “It is demoralizing and frustrating,” she said.

Martial Assamoi, 28, who was pursuing a Master’s degree in criminology, fled the Port-Bouët University in Abidjan during the election violence and has been working at a cybercafé to support himself while living with his parents in the city.

“I have to find my notes and books, remember where I stopped, and restart my studies,” he said. “Two university years have been lost and I’m two years older. I’m not really motivated anymore, especially that the government did nothing to help us catch up on the lost years.”

Education consultant Sébastien Kouamé told IRIN: “What is worse is that we already had poor education standards. The lost years have worsened the situation because many were unoccupied the whole time.”

Foreign and local education experts at a meeting in Abidjan in 2009 noted that despite the education sector receiving substantial state funding – around four percent of the budget – education standards in Côte d’Ivoire remained low compared to other West African countries because of low school enrolment, a high number of dropouts and the poor quality of education.

The universities also face a shortage of lecturers, since many who were perceived as Gbagbo followers fled into exile or have been detained. “For two years, lecturers were paid to do nothing. This is a loss of investment by the government,” Kouamé said.

“The government will still have to dialogue with the lecturers, who will not hesitate to raise sensitive issues, like freeing their detained colleagues, before they can resume work.”