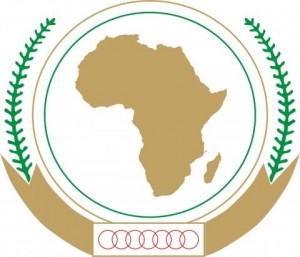 “The African Union wants to work with Mali, with the UN and with ECOWAS, so that we can all come to some consensus about the way forward”, said AUC Chairperson Dr. Dlamini Zuma while responding to a journalist’s question regarding the African Union strategy for the Malian problem, upon her arrival in Bamako, Mali, yesterday 17th October 2012.

The AUC Chairperson explained that the AU would like to accompany Mali as it tries to regain its territorial integrity; when it goes to national elections and when it is trying to make sure that there is development in the post conflict period. “We would like to just say we want Mali to go back to its original democratic, united and developing country status”, said Dr. Zuma.

Mali is a great country with a great history and great heritage, but the crisis has the potential of dividing Mali, and the African Union does not want it divided, said Dr. Zuma, adding that the crisis has the potential of spreading to the rest of the region or even beyond the region. So it is a very important issue for the AU, for the continent and for peace in the world.

Responding to a journalist asking her about her thoughts on being the first woman to be appointed Chairperson of the AUC, Dr Dlamini Zuma said “I think it’s a credit to Africa and the leaders of Africa, because they are the ones who elected, who decided to elect a woman. But I think it’s important for Africa, just as it is important for the rest of the world, to recognize that our continent has got both men and women, that there is talent both in the men and the women and that we should take responsibilities equally. So I am very grateful to the leaders of this continent for having given me this opportunity as the first woman to lead the AUC”.