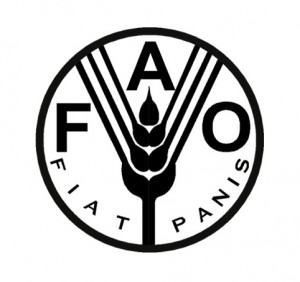 In a field in North Darfur, farmer Salaheldin Suleiman Hilal looks pleased. He’s finished harvesting his golden sorghum crop and unlike previous years he lost none to grazing animals.”In the past when the animals came I was very angry but now I’m very happy,” he says, smiling. “Production was 100 per cent this year”.

Salaheldin lives in the village of Um Hujara, in Kebkabiya locality. The area was severely affected by the Darfur crisis in 2003/04 and the torn social fabric is still being repaired. Here, as in many parts of Sudan, crop destruction by grazing animals is a recurring problem that fuels simmering tensions between farmers and herders. It’s also part of the wider problem of farmers and herders competing for scarce natural resources.

Camel and cattle herds traditionally migrate south to find food and water at roughly the same time of year that farmers harvest their sorghum and millet crops. In the distant past, tribal groups made an agreement about when the animals could move based on when the farmers were expected to finish harvesting. But more recently, increasing environmental pressures have caused animals to begin moving earlier. The arming of some herder groups has exacerbated the problem. Guns speak louder than the old, traditional ways.

But a new project funded by the second phase of the Darfur Community Peace and Stability Fund (DCPSF) has brought peaceful coexistence for farmers and herders in Kebkabiya this cropping season. Under the project, the Food and Agriculture Organization worked in partnership with the Kebkabiya Smallholder Charitable Society (KSCS) to support a local committee to negotiate shared land access during and after the harvest months.

The committee is made up of leaders from the local tribes as well as farmers’ and herders’ groups. They’ve negotiated a deal whereby herders won’t move their animals until after the harvest, and in return the herders’ animals will be able to feed on the nutritional stalks left in the fields after harvest.

KSCS’ Abdulla Ibrahim Mohamed and FAO’s Bashir Abdelrahman and Mutassim Abdalla worked closely with the committee to support the careful negotiation process. “At all the meetings we made sure the farmers and herders were both there at the same time so everyone heard what everyone else had to say,” Abdulla says. The group also agreed that if herders’ animals destroy a farmer’s crop the herder has to pay a fine to the farmer.

Peace and a bumper crop

In a meeting room on the UNAMID peacekeepers base in Kebkabiya, more than 20 members of the project committee have come together on a December afternoon to talk about their success. They’re all senior men in white robes and Sudanese turbans, some with the added authority of a wooden walking cane. One of them, the head of the local farmers’ union Mustafa Ahmed, believes 90 percent of the area’s total crop production was successfully harvested this year. “Last year, some farmers lost everything”. He says the project is the direct reason for this year’s bounty. “Each tribe has a traditional leader represented on our committee who they obey, and the impact this year has been clear”.

FAO’s project team estimates that about 2 500 farming households had their food security protected under the project, and about 600 metric tonnes of cereals were harvested. Local trust and collaboration have also been strengthened, which are vital building blocks for the second stage of FAO’s DCPSF-funded activities. FAO can now provide its technical expertise to support improved natural resource management and livelihoods diversity in the region including improved pasture protection, fodder preservation, crop pest control, fuel-efficient stove production and a goat and sheep loan scheme.

The smiling farmer in his field, Salaheldin Suleiman Hilal, kept some of his harvest for his family and sold the rest locally. Any cows or camels are welcome to eat the stalks left in his field and provide manure to enrich his soil.

Not everyone has been so fortunate this season. UNAMID received reports that a farmer in a nearby locality was shot dead during a confrontation sparked by animals eating his crop.

FAO’s acting Representative in Sudan, Charles Agobia believes further investment in Darfur’s agricultural development is key to a peaceful future. “We need to pay more attention to long-term investments such as improved access to water for farmers and herders, and greater access to markets,” he says.