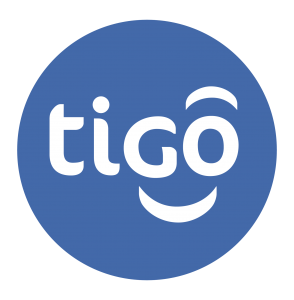 Tigo Tanzania (http://www.tigo.co.tz) has been named among the top global socially devoted brands on Facebook in a report issued by SocialBakers on the 7th of February 2013, covering a study on the world’s top 10 socially devoted brands on Facebook in the last quarter of 2012. Tigo Tanzania is the only telecom company from central, eastern and southern Africa in the ranking among some of the world’s biggest brands.

Social networks, are becoming popular gateways for customers seeking help or updates in crisis situations and as a result of this, brands that are committed to their customers and have the capabilities are tapping into them. These social networks such as the worldly renowned Facebook, provide a better alternative to busy call centers and may inadvertently, through one post, respond to multiple customers sharing the same problem.

“Tigo Tanzania is prestigiously ranked 8th globally on the chart because of its never ending commitment to customer satisfaction. We value our customers greatly and invest a lot to ensure that we are always there for them when they need us. With the growth in digital technology there is more and more conversation in social networks, and Tigo being thought leaders and innovation pioneers in Telecom products saw this as an opportunity to engage with customers and interact. Everything we do at Tigo revolves around our subscribers, therefore there concerns, queries and comments are extremely important making this global recognition a great honor for us.” said Mr William Mpinga, Tigo’s Brand Manager.

According to SocialBakers’ Socially Devoted Study for October to December 2012, brands on Facebook are responding faster to questions from their fans. What previously took brands an average of 21 hours to respond to fans toward the end of June 2012, decreased to 19.5 hours during the end of 2012. Tanzania’s most innovative telecom operator, Tigo is ranked with an 87.30% response rate and 28 minutes response time.

“Tigo Tanzania is not only responding to its customer’s queries effectively, but it is also doing it with improved efficiency each time. Recognising the need and importance of timely feedback is what has earned us this great honor. We continuously work on innovative ways to improve our products and services and understand that in order to deliver successfully customer engagement is key at all levels of product delivery. We are where we are today because of our dedication to give immeasurable value to our subscribers, and with this honor we pledge to continue providing solutions that will make everybody smile.”, concluded Mr. Diego Gutierrez, Tigo’s General Manager.

Socialbakers is the leading global social media analytics company that provides social media network statistics and analysis from Facebook, Twitter, Google+, LinkedIn and YouTube, helping companies monitor the effectiveness of their social media campaigns. Previous reports include the December 2012 Global Social Media Report, where an extensive study was carried out on the number of Facebook Pages and users globally in countries such as the United States, Kingdom and Brazil, Azerbaijan, Serbia, Mexico, Poland and El Salvador just to name a few.

Ministry of Mines and Hydrocarbons of Equatorial Guinea to Attend Global...