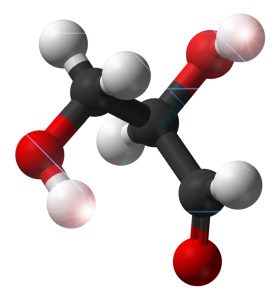 The number of female researchers in the Islamic World is above average, but this does not translate to the quality of their participation, says Athar Osama.

Women’s limited participation in the scientific labour force — particularly at the highest echelons — may be one of the most persistent and slow-moving demographic characteristics in the scientific world today. A report released last month by the US National Science Foundation suggests that women scientists are at the bottom of the salary ladder by the time they reach mid-career.

Globally, the reasons for this lack of participation — such as sociocultural attitudes and the demands of a family — are quite well known and documented. The situation may not be quantitatively worse in the Islamic world, but perhaps it is qualitatively somewhat different.

A first glance at the numbers presents an interesting, though somewhat confusing, picture. A 2012 report by the Turkey-based Statistical, Economic and Social Research and Training Centre for Islamic Countries includes figures showing the global participation of women in the research workforce. The statistics for the Organization of the Islamic Conference (OIC) member countries present a far from abysmal picture. [2]

This, the report notes, puts the OIC average above that of the European Union and many advanced Asian countries such as Japan, Singapore and South Korea.

But although these numbers are encouraging, they represent only half the story. A vast majority of women in OIC member countries cannot even aspire to a career in science.

“The OIC represents one fifth of the world’s population and more than one fourth of the developing world; Islam’s first divine message was ‘Read’. But in some countries of the region, more than half of the adult population is illiterate and more than 70 per cent of the women are illiterate,” notes a 2005 document published by UNESCO (the UN Educational, Scientific and Cultural Organization).

Moreover, from a quantitative standpoint, this ‘above-average’ participation in science does not automatically lead to an above-average quality of participation. Just two Nobel prizes have been awarded to scientists from OIC member countries — and both were men.

One way to reconcile this data might be to suggest that, while there are more women among researchers in many OIC member countries than in the advanced societies of the West, they generally work at lower levels rather than in senior leadership roles or positions of scientific prestige.

A similar list of the 100 most powerful Arab women boasts just five scientists in the entire list and none in the top 20.

The situation is not quite the same across the entire Islamic world. There are countries, such as Jordan, Malaysia and Turkey, where women scientists occupy positions of considerable prominence and others, such as Bangladesh, Egypt and Pakistan, where women enjoy a somewhat supportive environment to pursue scientific careers although glass ceilings do exist.

Even Saudi Arabia — arguably one of the world’s most conservative societies — where women’s share is less than five per cent of the total researchers, seems to be moving in the direction of greater female participation in the scientific labour force. Three of the five women scientists on the 100 most powerful Arab women list are Saudis.

These differences within OIC member countries may be attributable to cultural — rather than religious — norms and the differing pace of liberal movements in these societies.

Many OIC countries — and their women in science movements, in particular — can learn from each other, and inspirational role models can go a long way to creating the urge and self-belief among Muslim women to excel in science.

A number of women are leading the way in that respect. In Turkey, for instance, Nuket Yetiş, who —until recently — very ably headed the Turkish Scientific and Technological Research Council, is probably one of the most visible women in science in the Islamic world. Hayat Sindi — the founder of the i2 Institute for innovation launched last year in Saudi Arabia — is also an inspirational role model.

In Pakistan, Sania Nishtar, founder and president of Heartfile, has spearheaded a competent and courageous campaign for healthcare reforms in the country. But still there aren’t enough of these role models in the Islamic world.

The L’Oréal -UNESCO Pan Arab Regional Fellowships that were initiated in 2010 to recognise young women scientists in the region are a step in the right direction. But these only identify talent and fall short of recognising accomplishment. It is also unclear what impact this visibility brings to the lives of young women and their scientific and leadership journeys.

While the symbolism is important, these interventions must go much further and deeper to make a true impact. The women in science movement in the Islamic world has a long way to go.