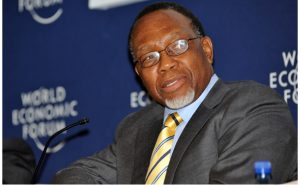 Deputy President Kgalema Motlanthe has told a nuclear meeting underway in Johannesburg that concerns over increases in the price of coal and global warming compel South Africa to move away from over-reliance on coal-fired power generation.

“As such, alongside our objectives to ensure energy security is the need to pursue an appropriate energy mix that includes clean and renewable resources to meet the demands of our economy,” Motlanthe said at the Nuclear Africa Conference in Midrand on Monday.

He pointed out that South Africa’s electricity generation had to be increased significantly in the next few decades to facilitate economic growth and social progress.

While coal will remain the “mainstay” of South Africa’s electricity supply, it has become clear that it cannot be the long-term solution to the country’s development needs.

Motlanthe said the risk of load shedding was significant and necessitated steps to realise a range of supply and demand side measures.

“To this end, our objective to deliver on these energy development imperatives requires short-term interventions to address the immediate needs for basic electricity, followed by medium to long-term sustainable and climate friendly energy development.”

Motlanthe said government’s objectives to ensure energy security included the need to pursue an appropriate energy mix that includes clean and renewable resources to meet the demands of the economy.

The expansion of energy capacity remained the pre-condition for sustainable economic development.

South Africa needed to become globally competitive in the use of innovative technology for the design, manufacture and deployment of state of the art nuclear energy systems.

The National Development Plan, which is a policy blueprint for the next 16 years, also recommends a transition to a low-carbon economy at a pace consistent with government’s public pledges, without harming jobs or competitiveness.

Motlanthe added that South African industry had shown itself to be highly competent in the construction of major coal fired power stations.

“There is every reason to have confidence in the belief that South African industry can play a major role in the construction and fabrication of nuclear power plants.

“In fact, it is desirable that South African industry place itself in the position to be able to export nuclear power components internationally.”

The world nuclear construction family was a reasonably close-knit community, and South Africa had the recognised ability to become a well-established member of this community.  But to pursue this endeavour, South African companies would have to forge international partnerships.

“The early formation of such international linkages should be encouraged,” said Motlanthe.