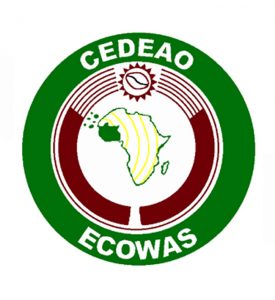 ECOWAS is working with stakeholders to improve access to energy in the region which is currently under 50 percent, an official of the regional organization has affirmed.

This desperate situation, he said, has forced the poor to spend more of their income on low quality energy services while rural dwellers resort to traditional biomass to meet their energy needs.

Mr. Kappiah told the President, who was on a visit to the centre on the margins of the meetings of regional ministers of finance and trade that the region has hydropower potentials to generate some 23,000 MW of electricity, with only 16 per cent currently exploited.

The chief executive of the three-year-old ECREEE, which was set up to help address the twin issues of energy efficiency and renewable energy, also lamented the losses from the distribution system averaging between 15 and 40 per cent, noting that the Centre has launched an electricity initiative to address these challenges.

Mr. Kappiah also highlighted the importance of the two sectoral policies on renewable energy and energy efficiency, adopted by the Eleventh ECOWAS Energy Ministers Meeting which held in Accra, Ghana in October 2012, both of which serve to guide the region’s efforts to employ sustainable energy technologies. They are expected to profoundly inspire the region’s energy sector and contribute to significant improvements by 2020 and further to 2030.

The ECOWAS Renewable Energy Policy (EREP) is specifically expected to increase the share of renewable energy, excluding large hydro, in the region’s overall electricity mix from the current rate of 0% to at least 10% by 2020 and 19% by 2030. Under it, the share of the rural population served by renewable energy-based mini-grids and stand-alone system which is under 1 per cent is expected to increase to 22% by 2020 and 25% by 2030.

On the other hand, the ECOWAS Energy Efficiency Policy (EEEP) is designed to implement measures that free 2000 MW of power generation capacity and in the long term, more than double the annual improvement in energy efficiency, so as to attain levels comparable to those of world leaders resulting in a 4 per cent annual decrease in the quantum of electricity needed to produce a certain amount of goods.

Mr Kappiah said that in order to achieve these objectives, five priority regional flagship energy efficiency initiatives were launched to: phase out inefficient incandescent bulbs by 2020; reduce average losses in electricity distribution from the current level of 15 – 40% to the world standard level of 7% by 2020; achieve universal access to safe, clean, affordable, efficient and sustainable cooking for the entire population of ECOWAS by 2030; establish and adopt initial region-wide standards and labels for major energy equipment by end 2014; and create instruments for financing sustainable energy, including carbon finance by the end of 2013.

In his response, President Ouédraogo praised the centre for its achievements since it was officially inaugurated in July 2010 and enjoined it to become a centre of excellence for the region while collaborating with the host government which relies significantly on renewable sources to meet its energy needs. He also commended the Centre for its visible leadership in the promotion of sustainable energy solutions in the region and its recent nomination by the ECOWAS Energy Ministers as the implementation agency for the Sustainable Energy for All (SE4All) Initiative in West Africa

The ECOWAS boss later undertook a visit to the first and the largest solar Photovoltaic V plant built in Cape Verde and Africa in general spread over 13 hectares with a capacity of 4.4MW and producing 20 MWh of electricity a day.

He also visited the West Africa’s largest wind farm located Africa on Santiago Island which accounts for 9.4 MW of the country’s energy generation, part of a 25.5 MW wind project distributed across 3 of the country’s islands – Sal, Sao Vicente, and Boavista under a Public Private Partnership (PPP).

The President was informed that, based on these projects, Cape Verde had already attained its target of generating 25% of its overall electricity mix from renewable energy and was on track to reach 50% by 2020, consistent with the Government’s desire to reduce the country’s dependence on imported fossil fuels through increased energy production from renewable energy resources.

Earlier, the president had visited the West African Institute (WAI) set up by the region to undertake researches on integration, and challenged staff to elevate the institute to a centre of excellence on various integration related issues.