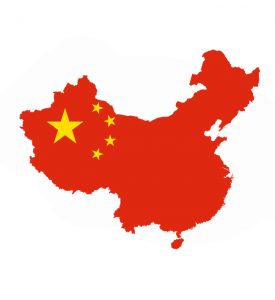 Speaking in Pretoria during the state visit of Chinese President Xi Jinping, and ahead of the 5th BRICS Summit in Durban, president Zuma added that China had received much success in a short time and that South Africa had much to learn from China.

The Government of South Africa reported, “The poverty, unemployment and inequity that South Africans and the South in general continued to face, was precisely what brought the two countries together, President Zuma said.

“We view China’s success as a source of hope and inspiration as we engage with the task of finding our own solutions for bringing about a better future. The rise of China, therefore, has lessons for us all as we seek to emulate your example.”

China is South Africa’s biggest trading partner and a significant investor in the South African economy, with exports from South Africa to China in 2012 totalling R89-billion. Imports from China to South Africa totalled R112-billion, with total trade standing at R201-billion.

Remarkably, various agreements – involving state entities such as Transnet as well as government departments such as the Department of International Relations and Cooperation – were signed between the two countries in Pretoria on Tuesday.

The South African Revenue Service (SARS) signed a declaration of intent on capacity building with China, while the two countries also signed the terms of reference of the Joint Inter-Ministerial Working Group on South Africa-China Cooperation.

SA and China have enjoyed 15 years of formal diplomatic relations, with this milestone set to be observed in both countries starting next year. It has been proposed that 2014 be heralded the “Year of South Africa in China” and that 2015 be declared the “Year of China in South Africa”.

President Zuma continued, “To underscore this cooperation is the signing of the China-South Africa People’s Friendship Association. This is one of the building blocks that will further enhance cooperation between our peoples.”

“We acknowledge and appreciate China’s engagement with South Africa in the fields of science and technology, agriculture, health as well as capacity building and skills transfer in human resources and education.”

He also expressed gratitude for the scholarships provided by the Chinese government to South African students, with another 200 scholarships having been added to the programme.

Xi, who took over from Hu Jintao as Chinese president on 14 March, said it was “a great pleasure to visit. “We have a profound traditional friendship.”

Xi had brought a high-level business delegation with him on a visit that coincides with South Africa’s hosting of the fifth BRICS (Brazil, Russia, India, China and South Africa) Summit, which kicked off in Durban on Tuesday.

China, he said, was committed to intensifying its economic relations with South Africa.

“I brought an investment mission with me who will sign agreements worth billions of dollars,” he said in his remarks following talks with Zuma.