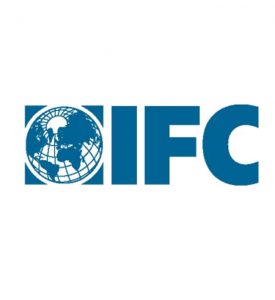 IFC, a member of the World Bank Group, today announced a loan of $3 million denominated in Tanzanian shillings to support the expansion of access to microfinance in Tanzania. The investment in FINCA Tanzania—a microfinance institution—will support FINCA as it expands its financial services to women, youth and rural areas in the country.

IFC estimates that only 12 percent of working adults in Sub-Saharan Africa have access to banking services, compared to 22 percent in South Asia and close to 50 percent in Latin America and Eastern Europe. In Tanzania, 83% of adults do not have access to a formal financial institution.

IFC provides local currency finance to protect local businesses from foreign exchange risk. The IFC loan to FINCA Tanzania is sourced through the shilling/US dollar swap market. The swap was arranged in partnership with Barclays Bank and NBC Bank, and in collaboration with the Bank of Tanzania.

With operations in 21 countries and one million clients globally, FINCA provides financial services to low-income entrepreneurs, helping them create jobs, build assets and improve their standard of living. Eighty percent of FINCA’s clients are women. In Tanzania, the company has over 72,000 borrowers and five hundred employees.

“In 2013 FINCA Tanzania became the first microfinance institution in the country to transform from a non-regulated organization to an entity regulated by the Bank of Tanzania,” said Tom Kocsis, CEO of FINCA Tanzania.

“This change in status and the IFC investment will make it possible for even more Tanzanians living in rural areas to have access to formalized banking services.”

Oumar Seydi, IFC Director for East and Southern Africa, said, “The impact of the global financial crisis on East African financial markets has made it difficult for many financial institutions to raise capital for their lending operations. This challenge is even greater for micro and small enterprises. IFC is supporting FINCA to help scale up Tanzania’s microfinance industry and improve access to finance for businesses, so that they can create jobs and shared prosperity in Tanzania.”