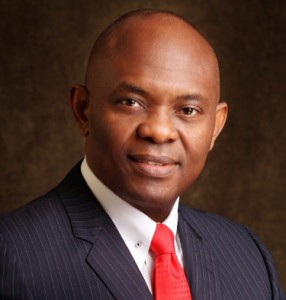 Elumelu says Africa open for business, but not at any cost

On the eve of his departure to Dar es Salaam, Tanzania, as part of a delegation of high profile African business leaders handpicked by the White House to meet with President Obama, Tony O. Elumelu, chairman of one of the most diversified investment groups in Africa, reiterated his message for the United States and international investors to engage proactively with Africa’s private sector to develop the continent.

In a wide ranging interview (available for download at AllAfrica.com), Elumelu talked about the rules of engagement for Africa having changed and that those looking to invest on the continent should consider aligning with an economic philosophy he called Africapitalism. The concept seems to be gaining momentum on the continent and beyond – the UK Guardian newspaper yesterday ran a feature suggesting it could be the new model for Africa’s development.

“Africa’s economic history has been characterised by extractive industries and rent seeking practices that have not created development in any meaningful way. Africapitalism is simply saying there is a better and more ethical way to invest in Africa for a sustainable future. I would like to see both African and international investors review their strategies for Africa. Yes, we are open for business but not at any cost. Our rules of engagement have changed,” said Elumelu.

It is anticipated Elumelu will be part of a major announcement the US government will make about the power sector. Through Transcorp, one of Heirs Holdings investee companies, the group recently invested USD300 million in Nigeria’s largest power plant, located in Ughelli, Delta State during the Nigerian government’s recent power privatization process.

Commenting on the motivation behind the power investment, he said, “Unlimited access to affordable power in any country is a game changer and will move the needle on the country’s development exponentially.”

Elumelu continued, “It’s not just the fact that children will be able to do their homework, or that computers and phones can be powered in rural villages; it is also the impact that access to affordable power will have on the economic ecosystem. Prices will come down, entrepreneurs will expand and innovate, and jobs will be created as a result. This is Africapitalism at work.”

Other investments aside, Elumelu has been vocal about power, which has led many to speculate that Elumelu is looking to make a significant impact in this sector, much as he did in banking during his time as the Group CEO of UBA.

“We played a transformative role in democratizing the banking sector at a time when no one was really paying much attention to Africa, Elumelu says. “We had a clear strategy, first mover advantage and an understanding of what the market needed and we are focused on doing the same for power. We are taking over an old government-run plant that desperately needs rehabilitation and doubling its output within our first two years of operations. By 2017, we will be generating 1000MW of electricity and Nigerians across the country will feel the impact of affordable and consistent power.”