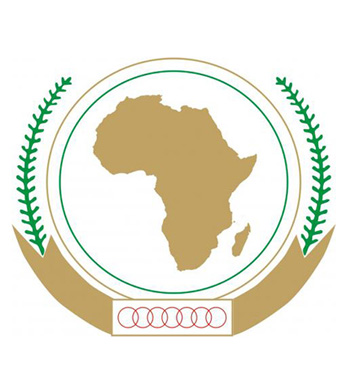 1. At the initiative of the Chairperson of the Commission of the African Union (AU), Dr Nkosazana Dlamini-Zuma, and as part of the efforts to speed up the process to end the crisis in Madagascar, the International Contact Group on Madagascar (ICG-M) held its 7thmeeting in Addis Ababa, on 26 June 2013, under the chairmanship of Ambassador Ramtane Lamamra, Commissioner for Peace and Security, and in the presence of Dr Aisha L. Abdullahi, Commissioner for Political Affairs.

1. In addition to the AU, the meeting brought together representatives of the following countries and organizations: Mozambique, in its capacity as Chair of the Southern African Development Community (SADC); Tanzania, in its capacity as the country chairing the SADC Troika Organ on Politics, Defense and Security Cooperation; South Africa, in its capacity as member of the SADC Troika Organ; African and permanent members of the United Nations (UN) Security Council (Rwanda, Togo, China, France, Russian Federation, United Kingdom and United States of America), other partners of Madagascar, namely Germany and Japan; as well as the Indian Ocean Commission (IOC), the Common Market for Eastern and Southern Africa (COMESA), the UN, the International Organization of La Francophonie(OIF), SADC and the European Union (EU).

2. The discussions were held on the basis of the briefing made by former President of Mozambique, Joaquim Chissano, SADC Mediator on the Madagascar crisis, and the representative of the SADC Troika Organ, as well as the communiqués of the 368th and 376th meetings of the AU Peace and Security Council (PSC), held on 22 April and 16 May 2013, respectively, and additional information provided by other members of the Group.

3. The Group, noting the symbolism of the coincidence of its meeting with the celebration of the 53rd anniversary of the independence of the Republic of Madagascar, made an urgent appeal to the Malagasy leaders to demonstrate the spirit of patriotism and responsibility demanded by the plight of their country. The Group seized the opportunity to express its solidarity with the Malagasy people, particularly in light of the serious difficulties they are experiencing. The Group reminded the international community of the serious humanitarian and socio-economic consequences that the current situation was inflicting on large sections of the Malagasy people. The Group reaffirmed that the restoration of constitutional order would enable Madagascar to benefit from an increased support through international cooperation.

4. Having reviewed the evolution of the situation in Madagascar since its 6th meeting, held in Addis Ababa on 11 December 2011, the Group expressed its deep concern about the current difficulties in the efforts to end the crisis, which are likely to jeopardize the progress recorded so far and pose a serious threat to the stability of Madagascar, as well as worsen the socio-economic situation on the ground. The Group regretted the political decision of the Special Electoral Court (CES) of Madagascar, which violated the Malagasy national laws by validating the illegal candidatures of Lalao Ravalomanana, former President Didier Ratsiraka and Andry Rajoelina, President of the Transition, as well as those of other political actors whose candidatures for the forthcoming presidential elections are not in accordance with the law and the relevant provisions of the Roadmap.

5. The Group recognized that the unfortunate decision of the CES has compromised its credibility. In this regard, the Group urged the Malagasy stakeholders to recompose and restructure the CES, in order to restore the credibility of this institution and ensure its independence and integrity, in accordance with the letter and spirit of the Roadmap. Members of the ICG-M expressed their willingness to support such a process.

6. The Group expressed its deep concern about the paralysis of the electoral process resulting from the above-mentioned decision of the CES, notably the avowed refusal of the illegal candidates to withdraw their candidatures, as requested by the AU, SADC, the EU, the UN, the OIF and the IOC, as well as other international actors. The Group considered that, with the participation of those candidates in the electoral process, the necessary conditions for the organization of free, fair, credible and peaceful elections no longer exist.

7. As a result, the Group recognized that due to the national context, it is virtually impossible to organize elections on 24 July 2013, as initially scheduled. Accordingly, the Group encouraged the Independent National Electoral Commission for the Transition (CENI-T), in close collaboration with the United Nations, to decide on new dates for the elections, bearing in mind the need to recompose and restructure the CES, approve the new list of candidates and comply with the relevant laws of Madagascar.

8. The Group stressed that the international community as a whole would not recognize the Malagasy authorities elected in violation of the relevant decisions of both the AU and SADC. The Group urged the entire international community to exert political and diplomatic pressure on the illegal presidential candidates to withdraw their candidatures for the sake of peace and stability in Madagascar and not to recognize election results that include candidates who have submitted their applications in violation of the Constitution and the electoral law of Madagascar. The Group expressed its support for measures that the AU PSC may wish to take against the concerned Malagasy stakeholders.

9. In this context, the Group recommended that Madagascar’s international partners who have made ??contributions or pledges to the electoral process to make the necessary arrangements temporarily to freeze such support until the withdrawal from the electoral process of all illegal candidates and the establishment of an environment conducive to the organization of free, fair and credible elections, while ensuring that the operational capability of the CENI-T to complete beforehand preparations for the process is not compromised.

10. The Group encouraged the international community to consider applying robust, targeted sanctions against all Malagasy stakeholders undermining the smooth running of the electoral process and the full implementation of the Roadmap. Those sanctions could include travel ban and freezing of assets of those leaders, their relatives, collaborators and close business partners. The consolidated list of individuals to whom the sanctions would apply would be prepared through consultations undertaken by the AU Commission with the organizations and countries participating in the ICG-M so as to have, as far as possible, a single list.

11. In this context, the Group reiterated the importance of close coordination among its members. It was agreed that the ICG-M would meet at least once every two months, and that its local chapter would meet in Antananarivo as necessary. The Group may consider convening an extraordinary meeting in Antananarivo if conditions permit.

12. The Group commended the SADC Mediation and SADC Troika Organ for their sustained efforts. The Group requested the SADC Mediator, accompanied and supported by representatives of the AU, the EU, the OIF, the UN and the IOC, to undertake a mission to Antananarivo, starting on 9 July 2013, to convey these conclusions to the Malagasy Parties and to urge them to respond positively to the appeal made to them. The Group urged SADC to strengthen its presence in Antananarivo with a representative of its Mediation Team.

13. The members of the International Contact Group on Madagascar agreed to continue working together in the ICG-M, chaired by the AU, to support the efforts to promote a speedy end to the crisis and the restoration of constitutional order in Madagascar.