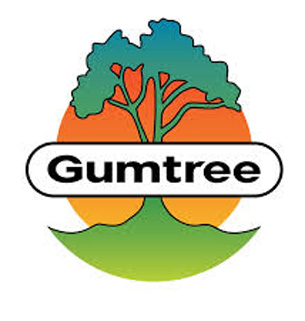 Supplier of the Interactive Advertising Bureau (formerly the DMMA), has announced that Gumtree is the most trafficked South African website based on unique browsers received.

News24 which has been leading the pack until this, came in second followed by ,msn,Iol, and soccerladuma to make the top five.

The classifieds site, which attracts an enormous audience of almost 8 million (7,969,853 unique visits in August, according to EM) to the platform every month, covers a variety of categories ranging from the sale of vehicles and household goods to property rentals and small business services.

“This announcement has made official what we’ve known for quite some time – Gumtree is the biggest website, and the biggest classifieds site, in South Africa,” says Johan Nel, MD of Gumtree South Africa.

Nel believes there are several reasons behind the success of the platform. “Online commerce is fickle, which means you have to consistently be the best at what you do in terms of customer service, safety and delivery. When we ask our users why they are so loyal to Gumtree, they tell us it’s because the site, frankly, does what it’s meant to do for them. Anyone can log on, for free, and find their personal success…whether it’s promoting your home business, selling your unwanted exercise bike or finding your first home. We’ve heard stories of people making an income purely off Gumtree…that’s very powerful and we’re committed to helping our users achieve their goals through the site.”

This accolade follows shortly on the heels of the announcement that Gumtree  took the number one slot in Millward Brown’s quarterly Best-Liked Ads survey, beating several large international competitors for the title.

The site has been operational in South Africa since 2005, with more than 700 000 live ads on the platform at any given time. As part of the strategy to keep content on the site relevant for its users, Gumtree expires ads automatically within 30 days of uploading. It is the first time the site was tagged by Effective Measure.

“Until now, classifieds have been the unseen giant of the Internet,” says Nel. “It is the definitive marketplace driven by users, uploading close to 2.5 million new ads per month. Moreover, an increased focus on mobile has ensured the site evolves according to market needs. Unlike conventional ecommerce platforms, it doesn’t exclude anyone from transacting. It’s free, it’s immediate, it’s for everyone and subsequently, it’s visited by everyone.”

Foreign Minister to participate in the World Economic Forum on the...