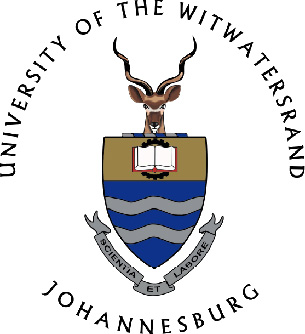 Johannesburg. – A suggested tax on sugar sweetened beverages has been given more credence in a research paper by academics from the University of the Witwatersrand in Johannesburg, South Africa.

The paper, titled The potential impact of a 20% tax on sugar-sweetened beverages on obesity in South African adults: A mathematical model, is published in the prestigious open-access journal PLOS ONE on Tuesday, 19 August 2014. Read more.

The paper, lead authored by Manyema, measures the effect of a 20% tax on sugar sweetened beverages (SSBs) on the prevalence of obesity among adults in South Africa, and finds that taxing SSBs could impact the burden of obesity in South Africa particularly in young adults, as one component of a multi-faceted effort to prevent obesity.

“It is the responsibility of the government to protect the health of its population. One way of doing so is through “nudging” people to make healthier and more sustainable choices. An SSB tax has the potential to do this in addressing obesity-related diseases,” says Manyema, a researcher from PRICELESS-SA.

South Africans have become more obese over the last 30 years and SA is now considered the most obese country in Sub-Saharan Africa. Over half of the country’s adults are now overweight and obese; this includes 42% of women and 13% of men who are obese.

“While SSBs alone may not be the only reason for an increase in body fat, these fizzy drinks do not contain any essential nutrients, have a high sugar content and a strong link to weight gain. Drinking just one SSB a day increases the likelihood of being overweight by 27% for adults and 55% for children,” says Hofman, senior author of the paper and Director of PRICELESS-SA.

The paper follows a recommendation by the South African Minister of Health Dr Aaron Motsoaledi, on the need to regulate foods high in sugar in order to address obesity and its related diseases.

The South African National Strategic Plan for the Prevention and Control of Non-Communicable Diseases 2013-2017 lists taxes on foods high in sugar as one potential “best buy” for addressing diet and obesity.

The President of Mexico instituted a tax on SSBs in 2013. There is also evidence from the United Kingdom, Ireland, India and Brazil, showing that policies such as a tax on SSBs can reduce consumption, leading to reductions in population weight.