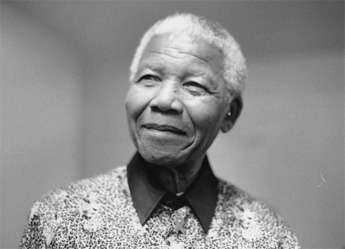 Pretoria – An app has been developed to encourage citizens to make everyday a Mandela Day by helping those in need.

“In support of this commemorative month and as part of its mandate to build pride, patriotism, and a spirit of active citizenship, Brand South Africa, has also partnered with the GEM Project who have developed a Play your Part app which contains a number of organisations needing assistance from South Africans,” Brand South Africa Communication Officer Tsabeng Nthite said.

The organisations include those who provide clothing, assistance with homework, job shadowing and skills development.

Brand South Africa in partnership with the Nelson Mandela Foundation launched the Play your Part for Madiba campaign on Monday to encourage citizens to make everyday a Mandela Day.

Nthite said the Play your Part for Madiba month-long campaign seeks to uphold the ideals, values and actions of Mandela’s legacy by encouraging South Africans to play their part towards the creation of positive change by building their communities and upholding a spirit of Ubuntu and social cohesion.

“The app is a social development drive that aims to mobilise communities within themselves so that they can help each other rise,” GEM Project Co-Founder David Shields said.

Once an individual has participated in assisting a cause, they are eligible to receive a reward via the app, termed “a GEM”, which can be converted into a number of products such as airtime/data, pre-paid electricity, or even movie tickets.

“Volunteers are encouraged to donate their GEMs back to the needy causes during Mandela Month,” Shields said.

He said in order to ensure continuity and mobilise support even beyond Mandela Month, corporates are also encouraged to donate GEMs so that they can be allocated towards causes on an ongoing basis.

“Every day should be a Mandela Day. No action is too big or small. Active citizenship is an ongoing activity and we need to continue to embrace Madiba’s legacy,” Lead SA’s Yunus Mohammed said.

Mandela Day is an initiative dedicated to giving back to those less fortunate, the vulnerable and marginalised in our society.

The world celebrates former President Nelson Mandela’s birthday on 18 July as it was declared by the United Nations in 2009 as Nelson Mandela International Day.