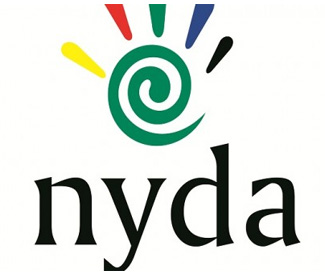 Young people are gradually grabbing opportunities of becoming entrepreneurs in their communities and also becoming active participants in the country’s economy, thanks to the support from the National Youth Development Agency (NYDA) writes Edwin Tshivhidzo.

He said the Industrial Development Corporation, in partnership with the NYDA and the Small Enterprise Finance Agency (SEFA) have put aside R2.7 billion rand over the next five years for young people to take up opportunities in business.

Boletu Mathabatha from Atteridgeville in Pretoria and Nhlanhla Ndhlovu from Soweto are two young people who have decided to take advantage of the opportunities to improve their lives and that of other young people in their communities.

Mathabatha is a co-owner of the Dipeung Co-operative situated in Atteridgeville and Ndhlovu owns her own company, Alpha Coffins which manufactures coffins in Soweto. They both received government’s support in the form of training and financial assistance.

Ndhlovu started her business in 2013 after receiving a R10 000 grant from the NYDA. She is looking forward to growing her business and employing more people.

“The business is doing well even though there are times when its gets slow,” she said.

She told SANews that she is planning to relocate her business to a bigger place in Orlando.

“I have realised that the business is growing and needed a bigger space.

“My dream is seeing my business supplying most of the funeral parlours in Soweto and other places outside Gauteng,” she said.

She advised other young people who wish to venture into the business world to start learning about running a business now and not to wait till the business is up and running.

“Starting a business without conducting a research and have no knowledge about business is a waste of time and money,” she said.

As for Mathabatha, together with his partner, they were influenced by the love of nature to start their business, Dipeung Cooperative.

The two started their business in 2009 in Pretoria after merging two existing groups, Peu ya Lefatshe and Pure Tings Arts and Craft which were using natural and recycled material to create African jewellery.

Their goal is to develop the culture of self-creativity in their community and to create job opportunities while simultaneously conserving the environment.

He said their aim is to benefit their communities at large; at the time of formation, the group had five members.

Since inception, they have exhibited their products at the South African National Arts Festival and also at the Rand Easter Show.

In total, five co-operatives who took part in the exhibition won themselves training and support services vouchers to the value of R50 000 each from the National Youth Development Agency (NYDA) in the best exhibitor competition. The Dipeung Co-operative was the overall winner and took home an additional cash prize of R20 000.

At the time, the Deputy Chairperson of the NYDA Yershen Pillay said there was a need to create awareness amongst the young people about the role they can play in facilitating economic development in South Africa.

As they grow they intend to employ more young people in their community and get more space to accommodate their entire team.

They also aim to be one of the leading specialists in natural and recyclable material.

The NYDA was established in June 2009 to help address the problems facing South African youth such as skills development and unemployment.

Among other things, the NYDA assist young people with grants to start their businesses through the Grant Programme.

The objective of the Grant Programme is to provide young entrepreneurs an opportunity to access both the financial and non-financial business development support to establish their survivalist businesses.

The NYDA also serves as a conduit for the screening and recommendation of young entrepreneurs so they can access finance offered by the IDC and Sefa.