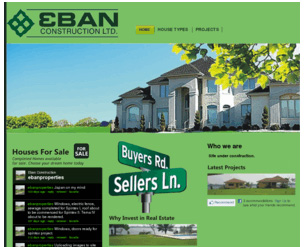 Appolonia – City of Light, the mixed-use urban development near Accra, today announced a joint venture agreement to develop homes on 20 hectares of land at the landmark satellite city project.

The residential development, called The Oxford, is the second to be announced by the project developers this year.

The residential development, called The Oxford, is the second to be announced by the project developers this year. In March, Appolonia launched its 24-hectare Nova Ridge residential enclave, allowing homebuyers to design and build their own homes on a range of plot sizes.

“We are pleased to partner with Appolonia to bring world-class housing to Ghana’s pre-eminent mixed-use urban development,” said Kwabena Peprah, Chief Executive Officer of Imperial Appolonia, the joint venture company. “We look forward to bringing our Oxford property brand to clients in a world-class development designed for forward-thinking people”.

Nick Langford, Country Manager for Rendeavour, Africa’s largest urban land developer and lead partner in Appolonia, said, “Our joint venture to build The Oxford is a testament to Appolonia’s appeal to the Ghanaian real estate market and our team’s ability to execute on our development plans.”

Delegation of the Committee on Food and Agriculture of the German...