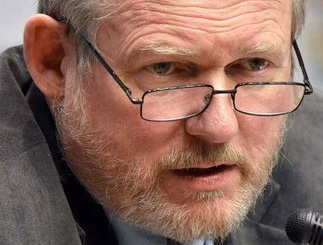 Pretoria – South Africa will have resolved the meat issues related to the African Growth and Opportunity Act (AGOA) before the US implements a suspension on agricultural goods from South Africa, Trade and Industry Minister Dr Rob Davies said on Friday.

“The notice tells us now that if we do not conclude the issues in the three meats in 60 days as of yesterday, they will suspend access for agricultural products. As far as I’m concerned, we think that the outstanding issues can be resolved in well under 60 days. We think we are close,” said the Minister.

Minister Davies was briefing the media following a letter by the US issued on Thursday. In the letter, the US said that it plans to suspend trade benefits on agricultural goods from South Africa under AGOA.

AGOA is a legislation that provides duty-free market access to the US for qualifying sub-Saharan African countries by extending preferences on more than 4 600 products.

According to the US, South Africa has continued to impose barriers to US trade.

At a media briefing on the issue, the Minister said the suspension is reversible and that authorities from both countries are working on the agricultural matters.

“I was told that this is reversible at any stage [when] we conclude the work on the three meats (poultry, beef and pork),” said Minister Davies, adding that the issues are of a sanitary and phytosanitary nature.

The Minister said South African vets have been engaging with their US counterparts on the matter.

“There will be an engagement with the vets in the course of today. It was set up before we knew that there was going to be this letter from the President [of the US],” said Minister Davies.

The vets have been drafting the necessary trade and animal health protocols for poultry, beef and pork.

The Department of Trade and Industry (dti) said the issues of animal health are complex. In the case of the poultry issue, the negotiation has been more complex because the US is seeking an agreement on the health standards/regulations that would prevail if/when there is another outbreak of Avian Influenza in the US.

The US requires South Africa to keep the market open to US poultry from those US States that are not affected during such an outbreak.

South Africa believes that it is on track to meet the December 31 deadline to resume imports of US poultry into South Africa.

Cabinet approved the lifting of a ban on boned beef from several countries, including the US, which had Bovine Spongiform Encephalopathy (BSE). South Africa has submitted a draft health certificate to facilitate trade from the US and is open to discussing these issues.

On pork, the animal health authorities of both governments have been undertaking the necessary technical work to ensure safe trade from at least three diseases, namely, Trichinella, Porcine Reproductive & Respiratory Syndrome (PRRS) and Aujesky.

“We take the letter seriously as a warning. It’s a warning that if we don’t conclude that, this will happen. We also believe that we’re pretty close to resolving the sanitary and phytosanitary matters that are outstanding.

“We certainly are aware that if we don’t conclude by 60 days from yesterday, then citrus, macadamia nuts and wine will not benefit from AGOA access. We don’t think that’s the scenario we are working on. We are working on the scenario that we will conclude and then they will reverse this notice because we would have done what we are expected to have done,” said Minister Davies.

The job of the vets, said the Minister, is to ensure that when American poultry comes into South Africa it does not come in a condition that will cause sickness to the South African flock.

On a question of communication between the two countries, Minister Davies said he speaks “quite often” with the US.

He said government had been given advance notice of the letter. “I am in daily contact with US negotiators,” said Ambassador Ismail.

Minister Davies said strategically the trade relationship between the US and South Africa has been one that has been growing.

“We will continue to work towards ensuring that the effect of this letter doesn’t have to be implemented and that South Africa continues to benefit from access to AGOA,” he said.

SA: One Stop Shop to unlock opportunities for businesses