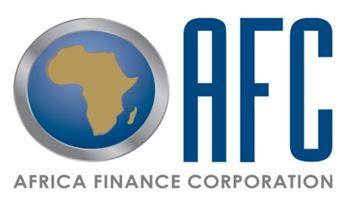 AFC is progressively aligning its country membership with its operational footprint, consistent with a carefully designed membership expansion strategy. Rwanda, which signed the Corporation’s instrument of accession and acceptance of membership on 4 November and Uganda, which signed on 6 November bring the Corporation’s total members to 13. AFC’s other members are: Cape Verde; Chad; Côte d’Ivoire; Gabon; the Gambia; Ghana; Guinea-Bissau; Guinea; Liberia; Nigeria and Sierra-Leone.

The accession of these countries marks a significant milestone in AFC’s mission to address Africa’s pressing infrastructure needs and build the foundations for robust economic development across the continent. To date the Corporation has invested US$2.6 billion in projects across 24 African countries and in a wide range of sectors including power, telecommunications, transport and logistics, natural resources and heavy industries.

Andrew Alli, CEO of AFC, commented on the announcement: “By improving the infrastructure of these fast-emerging East African economies we hope to facilitate closer intraregional trade links, a goal that can only be achieved if the adequate transport, telecommunications networks and power supply are in place. This is where AFC steps in, and we are excited by the challenges and opportunities that lie ahead.”

“Lack of essential infrastructure remains a critical constraint across Africa; for example, over 620 million people do not have access to reliable electricity. AFC works closely with both public and private institutions to develop innovative financing solutions for large scale infrastructure projects in Africa and oversees the whole project cycle, from concept to completion.”

Uganda and Rwanda are forecast to maintain positive growth rates over the coming years, with the IMF predicting 5.6% and 7% GDP growth in 2015 respectively. Rwanda’s pivotal geographical location at the intersection between East and South has made it a commercial centre bridging the two regions.

Improving the quality of infrastructure is a priority for the governments of these countries. The government of Uganda, for example, plans to implement an US $11 billion program over the next ten years utilizing both the public and private sector, to upgrade the country’s power and transport infrastructure in particular.

Hon. Matia Kasaija, the Minister of Finance, Planning and Economic Development of Uganda, stated that “Uganda is pleased to be one of the first East African Countries to become Members of African Finance Corporation (AFC). AFC is bringing innovation to the development and financing of infrastructure on the continent. In line with the EAC’s strategy of ensuring that Partner States’ provide basic infrastructure as one of the Operational Principles of the Community (Article 7 (b)); we are looking forward to stronger presence of AFC in the East African region and particularly in Uganda”

Hon. Matia Kasaija also added that Uganda’s partnership with AFC will go a long way in helping the Government to attain the Uganda’s Vision 2040 Strategy of “A Transformed Ugandan Society from a Peasant to a Modern and Prosperous Country within 30 years.”

The Rwandan Minister of Finance and Economic Planning, Mr Claver Gatete, commented on Rwanda joining AFC: “I am delighted to officially announce Rwanda as the first East African member country of the Africa Finance Corporation, a development institution well known for its capability of providing innovative financing solutions to large infrastructure projects on the continent.”

As one of largest financers and developers of infrastructure in Africa, AFC is perfectly placed to help improve the quality of East Africa’s infrastructure, enabling the region to capitalize on its strategic position and strong growth prospects.