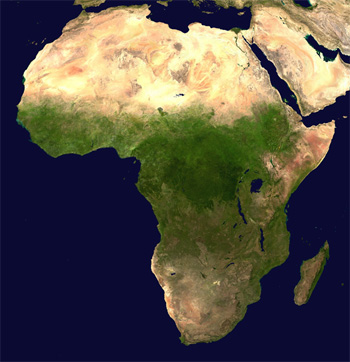 With a high unemployment rate, Africa is sitting on a largely untapped pool of resources that has the potential to drive economic growth.

The problem lies in both the lack of relevant skills and the availability of existing jobs for an ever-growing working-age population.

With a high unemployment rate, Africa is sitting on a largely untapped pool of resources that has the potential to drive economic growth. The problem, says Pitso Kekana, Head of Public Affairs and Corporate Citizenship for Samsung Africa RHQ, lies in both the lack of relevant skills and the availability of existing jobs for an ever-growing working-age population.
The key is to find ways of upskilling what is largely the previously disadvantaged portion of the population to empower them to find employment.

According to a report by the World Bank, in the last 20 years the working-age population in South Africa has grown by 11 million, making up 65% of the country’s total population. However, since 2000 the total number of jobs created has fallen short of the growing labour supply, with only 2.8 million new jobs created. This is why it is so important to empower the population with the skills needed to create new avenues of employment through entrepreneurship.

If some 5.8 million jobs are created over the next 15 years to absorb the new working-age entrants, and if workers’ productivity improves through better skills development, real GDP in South Africa could reach 5.4% per year. This would mean the doubling of per capita income by 2030 and a lowering of the unemployment rate.

So, where do we start to create these new jobs? The importance of entrepreneurs here can’t be ignored. Across Africa, they make up 90% of private business and contribute to more than 50% of employment and GDP. Entrepreneurs are national assets that need to be cultivated, motivated and remunerated as much as possible. If successful, their businesses have the potential to generate wealth and create additional jobs. They also regularly support other entrepreneurial ventures by like-minded individuals to further grow the ecosystem.

The question is how to go about upskilling would-be entrepreneurs to ensure that they have the desired impact on economic growth. Given Africa’s rapid increase  in mobile phone users – 40-fold since 2000 – it is clear that technology will play a fundamental role.

The government needs to ensure that there is a growing ICT sector to stimulate growth in job-rich sectors like manufacturing and services. The public sector must also lead by creating a favourable regulatory environment for investment in ICT and new technology. Just having access to the internet can change a previously disadvantaged individual’s life through online learning resources and platforms with which to upskill, develop an idea or start a business.

Along with the public sector working on its ICT policies, private sector companies have the power to make use of ICT to provide career guidance and skills development. By using their areas of expertise, these companies can also help ensure that upskilling meets real market demands; that the working-age population is making the right decisions about which skills to pursue in order to find employment; that they equally have the soft skills required to land and hold down a job or run a business; and that this population is given the tools they need to create their own work as entrepreneurs.

The development of relevant skills is an important instrument for improving productivity and unlocking new opportunities, which in turn opens doors to economic growth. To bring about rising living standards through improved employment rates, South Africa’s working population must improve their educational and skills levels, especially their technical and vocational skills – but they can’t do this without the help of both the public and private sector. If this is achieved, and the previously disadvantaged are given the same skills and opportunities as the rest of the working population, South Africa – and the rest of Africa – will be well-positioned for growth, not only now but into the future as skills and new working opportunities are carried forward to the next generation.