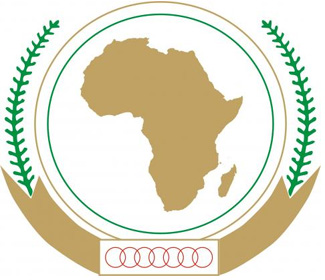 The headquarters of the African Union (AU) in Addis Ababa, Ethiopia will from Thursday 21 January to Sunday 31 January 2016, host the 26th AU Summit. Holding under the theme: “2016: African Year of Human Rights with a particular focus on the Rights of Women”. The Summit will bring together policy making Organs of the Union, representatives from the Regional Economic Communities (RECs), Civil Society Organisations (CSOs), the Private Sector, the Diaspora, partner organisations, continental and international media and dignitaries as well as invited guests world-wide.

The 26th AU Summit will officially start with the 31th Ordinary Session of the Permanent Representatives Committee (PRC) on Monday 21 January 2016. The PRC will discuss items on its agenda and prepare appropriate recommendations for consideration by the the Executive Council before submission to the Assembly of the Union for adoption. The opening session of the PRC will include among others, a speech by the Chairperson of the PRC, and a welcome remark by the Chairperson of the African Union Commission, followed by a group photo of the Ambassadors with the Members of the Commission.

The reports of the Specialized Technical Committees (STCs) meetings held over the last six months will also be on the agenda of the PRC. They are: the First Ordinary Session of the STC on Communication and Information Technology (STC- ICT);the STC on Education, Science and Technology (STC-EST); the STC on Justice and Legal Affairs; the STC on Migration, Refugees and Displaced Persons;the STC on Migration, Refugees and Displaced Persons; the STC on Gender and Women Empowerment; and the Extraordinary Meeting of the Specialized Technical Committee on Defense, Safety and Security.

The reports on the activities of the other AU Organs such as the African Commission on Human and People’s Rights (ACHPR); the African Court on Human and Peoples’ Rights (AfCHPR); the Economic, Social and Cultural Council of the Africa Union (ECOSOCC); the African Committee of Experts on the Rights and Welfare of the Child (ACERWC); and the African Union Advisory Board on the Fight against Corruption (AUABC)will also be considered by the Ambassadors. They will also exchange views on the draft agenda as well as the draft Decisions and Declarations of the 28th Ordinary Session of the Executive Council, and those of the 26th AU Summit, before adopting their report. The meeting of the PRC will officially end on Saturday 23 January 2016.

Among the high moments during the Executive Council will be the election and appointment of the fifteen (15) members of the Peace and Security Council and that of one (1) member of the African Committee of Experts on the Rights and Welfare of the Child (ACERWC).

On the other hand, the twenty sixth (26th) Ordinary Session of the Assembly of the Heads of State and Government of the African Union is scheduled to take place on 30 and 31 January 2016. The first part of the Summit will be dedicated to the election of the New Chairperson of the African Union for the year 2016, who will take over from the AU Chairperson for 2015, H.E Mr. Robert Mugabe, President of the Republic of Zimbabwe. The Summit will then proceed with the launching of the theme “2016: African Year of Human Rights with a particular focus on the Rights of Women”, before the group photo of the AU Heads of State and Government. The media are expected to cover the official opening ceremony and the photo sessions.

For more information on media accreditation and coverage of the Summit please visit the 26th AU Summit web link: summits.au.int/en/26thsummit/accreditation