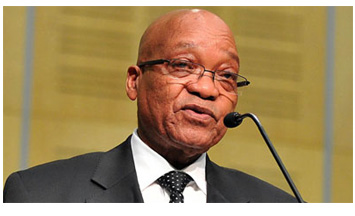 Pretoria – The Presidency says preparations are proceeding well within the National Executive of government for the 2016 State of the Nation Address (SONA).

The address will be delivered on 11 February 2016 during a Joint Sitting of Parliament in Cape Town.

The SONA will be delivered under the theme: “Together We Move South Africa Forward”, which is government’s core message until 2019.

The theme promotes collaboration by all South Africans in building a united, democratic, non-racial, non-sexist and prosperous South Africa.

As part of the preparations, the President has convened an extended Cabinet or lekgotla from Tuesday until 5 February in Pretoria to review the past year and discuss the priorities of the current year.

The Cabinet Lekgotla follows the lekgotla of the governing party, the African National Congress (ANC), which sets the tone for government each year based on the organisation’s annual January 8 anniversary statement.

The governing party has declared 2016 as the Year of Advancing People’s Power: Local Government is in your Hands.

According to the Presidency, the theme will influence content of the State of the Nation Address and government’s programme of action for the year.

“The theme promotes more interaction with the public in governance, with a further emphasis on the message given by President Zuma last year’s SONA that “local government is everybody’s business,’’ the Presidency said.

“Given the dire economic situation in the country, the lekgotla and SONA are expected to focus strongly on the economy, especially the national response to the slow economic growth and a highly constrained fiscal environment,” it said.

The Government Communication and Information System (GCIS) will be hosting a number of live broadcasts of the SONA throughout the country, to ensure the public is able to watch the President’s address.

In the Eastern Cape, live broadcasts of the SONA will be held at the Zanokuhle Special School, Thubalethu High school, Sada Correctional Services and Staden University College.

In Gauteng, viewing sites will be held at the Krugersdorp Prison, Boksburg Prison, Sun City Prison in Johannesburg and Tswaranang Orphanage.

Limpopo will have live broadcasts at the Modimolle Prison, Miami Farm, Kgwana Community Centre and Matadze Correctional Centre, while in KwaZulu-Natal they will be held at the Impendle Thusong Centre and Indaka Sport Ground.

Viewing sites will be held at the Ezakheni MST Academy and Shongwe Boarding School in Mpumalanga.

In the North West, residents can watch the SONA at the Migdol Primary School’s hall, Witpoort School’s hall, Rooigrond Correctional Services’ hall and at the school hall at the Phokeng School for Disabled.