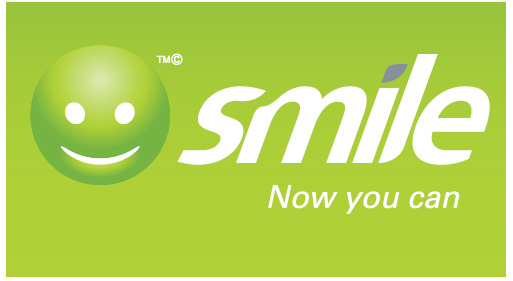 Smile announced today that in all its operating markets customers would enjoy the benefits of two first-to-market services, namely SmileVoice and SmileUnlimited.

Smile Telecoms Holdings Ltd (“Smile”) (SmileComs.com), which owns and operates 4G LTE mobile broadband networks in the 800MHz band in Nigeria, and in the 800MHz and 2.6GHz bands in Tanzania and Uganda, announced today that in all its operating markets customers would enjoy the benefits of two first-to-market services, namely SmileVoice and SmileUnlimited.

This follows Smile’s announcement in September 2015 of the raising of USD365 million of debt and equity funding, the first tranche of which has been applied to significantly expand Smile’s existing 4G LTE mobile broadband networks. Smile’s coverage is now comparable to the largest 3G network in Nigeria, Tanzania and Uganda, with coverage in the DRC to be announced soon.

Irene Charnley, Smile Group’s Chief Executive Officer, stated: “With the introduction of SmileVoice and SmileUnlimited, we are once again demonstrating our commitment to the advancement of the people of Africa. As the pioneers of SuperFast mobile broadband on the continent, we understand the direct correlation of broadband penetration to the creation of wealth and the acceleration of development, and we are expending huge resources to make SuperFast internet access and SuperClear voice available across all our markets.”

SmileVoice is a world-first free mobile app that enables customers with any Android or Apple iPhone device to make SuperClear voice calls over Smile’s 4G LTE networks. Having the SmileVoice app on your mobile is like having a second SIM card in your phone. SmileUnlimited provides customers with unlimited access for 30 days over Smile’s SuperFast 4G LTE broadband network.

With the introduction of SmileVoice and SmileUnlimited, we are once again demonstrating our commitment to the advancement of the people of Africa.

“We made our first Voice over LTE calls in Nigeria during beta-testing in October 2015 and the feedback from our existing customers since our soft-launch early February has been extremely positive. Thousands of our customers now make national and international voice calls using their data bundles,” says Charnley about the Nigerian market.

SmileVoice will provide customers with the ability to use their data bundles to make SuperClear voice, video calls and send SMSs to any number locally and internationally.

Using SmileVoice, Smile-registered customers can make high quality voice calls to anywhere in the world with their data bundles, at the lowest local call rate per second in Nigeria. All SmileVoice calls are charged in MBs to an active data bundle and equated to a local per second call rate.

Elaborating on the SmileUnlimited offering, Ms Charnley explained that any unlimited offering is subject to a fair usage policy (FUP) which ensures that connectivity will be maintained throughout the 30-day period, albeit at declining speeds once the generous FUP is reached. It also provides for the speed to be increased again by the simple purchase of another data bundle.

Not only is Smile’s pricing more affordable than that of competitor narrowband offerings, but the superior experience of true broadband also makes SmileUnlimited a fitting application of Smile’s value proposition of speed, quality, reliability and simplicity.

The roll-out of SmileVoice and SmileUnlimited in Nigeria will be followed by similar offerings in Tanzania and Uganda. In addition, Smile is set to launch its services in the DRC in 2016.