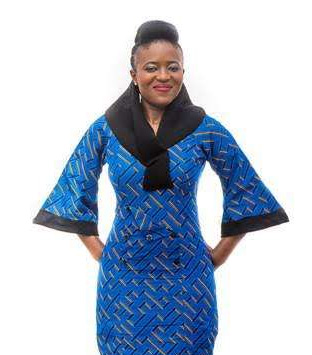 Regina Honu recently returned from China after participating in the World Economic Forum Meeting of New Champions, where her experience and skills contributed to the Science and Technology-focused discussion there.

Regina Honu is the Founder and CEO of Soronko Solutions, a software development powerhouse and social enterprise. She was chosen as the 2016 Vlisco Ambassador for Ghana in recognition of the courage she embodied as she fearlessly achieved her dreams despite the obstacles of operating in a male-dominated field and the burden of fighting against social stigmas.

By expressing her individuality and daring to be boldly different, she is truly an inspiration and a fitting Vlisco Ambassador!

Through her work with Soronko, Regina has been able to realize her dream of leveraging technology to drive human potential, developing innovative technology solutions across different channels to help enterprises in Ghana create visibility and grow their business.

The nonprofit arm of her business allows her to execute several passion projects she holds close to her heart, as she values above all else her ability to share her skills and use them to build up and give back to her community.

These projects include equipping rural Ghanaian children with Science, Technology, Engineering and Mathematics (STEM) skills as well as critical thinking skills and overseeing the award-winning program Tech Needs Girls, a movement that mentors girls to lead and innovate by teaching them to code.

After experiencing great success in Ghana, Tech Needs Girls is poised to expand into Burkina Faso with Tuares under the name GirlTech!

As one of few women making significant contributions to Africa’s development through innovative technology solutions, Regina has received multiple awards for her tireless efforts, including being named as one of the 12 inspirational women who rock STEM (Science, Technology, Engineering and Mathematics) by CNN, one of the six women making an impact in Tech in Africa and one of 10 female entrepreneurs to watch in emerging economies.

She was also awarded Young Entrepreneur of the year by the GPA Awards from Africa 2.0 and JCI Ghana Outstanding Young Person award for scientific and technological advancement in addition to being a finalist for the ITU African Digital Woman of the Year. Soronko Solutions was nominated for the editor’s choice award in the Women in IT award.

In addition to her awards, her expertise has been sought after by many organizations and she now serves as a Mandela Washington Fellow, Ashoka Fellow, Aspen Institute New Voices Fellow, GOOD Fellow, Global Shaper of the World Economic Forum, Vital Voices Fellow, Change Leader with Tigo Reach For Change and member of the Africa Leadership Initiative West Africa.

Her success has garnered international attention with features on CNN African Voices, BBC World Service, Al Jazeera as well as the Lean In for Graduates by Sheryl Sandberg COO of Facebook and the Impatient Optimist blog by The Bill and Melinda Gates Foundation, amongst others.

Regina recently returned from China after participating in the World Economic Forum Meeting of New Champions, where her experience and skills contributed to the Science and Technology-focused discussion there.

She is also part of the advisory board on a project to amend the United Nations Convention on the Rights of the Child to include the Digital Rights of a Child.
She loves to mentor and inspire like-minded, ambitious people and has been invited to speak at Tedx Dartmouth, a Symposium at Harvard University and also Oxford University in addition to a wide array of University Events.

She has been invited to speak and participate in events in over 15 countries and is an online mentor with the Women’s Tech Connect Global Mentoring program.

As the Vlisco Ambassador for Ghana, Regina will be sharing her inspirational story via multiple platforms including the media and various speaking engagements including visiting the educational institutions she attended.

Her primary role will be to meet with groups of women across the country as part of the Vlisco Connoisseur of Style campaign, in order to raise awareness of the increasingly prevalent counterfeit issue within the textiles industry, providing education on how to identify genuine Vlisco fabrics in the market.

Under Soronko Solutions, she will be traveling to five regions in Ghana in 2016, visiting Universities to engage with women studying Science, Technology, Engineering and Mathematics.
These women will be enrolled in Soronko’s mentorship program where they will develop more practical technology skills all with the aim of inspiring young women and breaking down stereotypes that tell women technology is just for boys!

SA: Grab a book and join the reading revolution