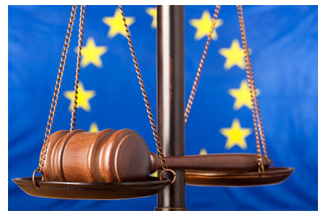 The Council welcomes the Court of Auditors’ special report No 15/2015: “ACP-EU Energy Facility support for renewable energy in east Africa”.

The Council notes that the Court, amongst its main findings, concluded that the Commission was mostly successful but could have done better in using the ACP-EU Energy Facility (EF) funds to increase access to renewable energy for the poor in East Africa.

In addition, the Council further notes the Court’s findings that the Commission has used the EF effectively and that most of the examined projects have been successful and have had good sustainability prospects.

The Council also notes that the Court’s report mentions that the Commission prioritised the projects well and applied proper selection criteria for calls for proposal.

However, the Council is concerned with the Court’s findings of certain inconsistencies in the outcome of the selection procedures. Furthermore the Court stated that for only 5 of the 16 projects examined, the reporting was timely and of the expected quality. Of the 16 projects examined, 12 were successful: 5 had exceeded or were likely to exceed their initial targets, two had met or were likely to meet their targets and five were not likely to reach their targets but results were still reasonable.

In this respect the Council aligns with the recommendations to the Commission, concerning selection, monitoring and sustainability of projects, aimed at maximising the effectiveness and benefits of EU development support and ensuring sustainability of all funded projects.

The Council acknowledges the fact that the Commission accepts the Court’s conclusions and has pointed to a number of initiatives that it has already taken to strengthen monitoring and to increase the sustainability of projects; notably the improvements introduced in the latter call for proposals, the reinforcement of the permanent monitoring function and the application of the innovations introduced for the implementation of the Sustainable Energy Programme under the Global Public Goods and Challenges (GPGC).

The Council recognises that access to reliable, affordable and sustainable energy services is essential for progress towards achieving development objectives. Future energy initiatives can further contribute to this objective with well selected, well monitored and sustainable projects.

In view of this, and the observations of the Court of Auditors, the Council invites the Commission:

a) to take into account, in its future actions, lessons learned from the operation of the EF, including a well-considered balance between adaptation and mitigation. In particular, future evaluations and interventions should seek to integrate the perspectives of people living in poverty and ensure that access to renewable energy has been achieved for this particular group. Furthermore, future actions should strengthen a gender perspective and ensure that gender issues are integrated and monitored throughout the project cycle, including in evaluation efforts;

b) to reinforce the assessment of the risks related to the design of the projects as well as the partners’ capacity with regard to the projects’ implementation. This is especially important in order to assure the sustainability of the projects;

c) to improve monitoring of compliance with the provisions of the grant contracts. The monitoring and reporting should be used to assess the state of realisation of the projects and, where necessary, appropriate actions should be taken towards contractors;

d) when possible, the sustainability of the projects being of utmost importance and in line with the rules governing the implementation modality, to put in place a system to assess the need for continued technical assistance for operators.