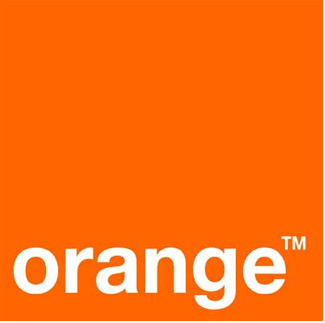 Customers can use their mobile phones to securely transfer money between accounts at any time.

This partnership, which is already operational in Mali since January 2015 and in Cameroun since August 2015, facilitates money transfers for both Ecobank (Ecobank.com) and Orange (Orange.com) customers by allowing them to top-up their Orange Money e-wallet from their bank account, and vice versa.
Customers can use their mobile phones to securely transfer money between accounts at any time, without the need to go to a distribution point or to have any physical cash. Ecobank customers can also view bank account balance and obtain mini-statements by SMS via the service.

Since its launch in January 2015 in Mali, this service has been a huge success with close to 110 million euros transferred between Ecobank and Orange Money accounts
By enabling customers to link their bank account with their Orange Money account, this new service in Côte d’Ivoire, Guinea Conakry and Niger furthers the development of mobile financial services in Africa.

“Since its launch in January 2015 in Mali, this service has been a huge success with close to 110 million euros transferred between Ecobank and Orange Money accounts,” said Thierry Millet, Director of Orange Money, Mobile Payment and Contactless. “This easy-to-use system meets the demands of customers who already have a bank account and who want to use their mobile phones to carry out bank operations, wherever they are in the country and at whatever time of day. Customers will also benefit from the extensive network of thousands of licensed Orange Money vendors in addition to Ecobank’s own high-street branches, considerably increasing the number of withdrawal points. We are happy to deploy this partnership in large scale,” he said.

Patrick Akinwuntan, Group Executive, Consumer Banking at Ecobank Group said: “We have seen remarkable success in the volume of bank transfers since the beginning of a successful partnership between Ecobank and Orange and we are confident that this service will also have a great success the new countries that are embarking on this service. It is a platform which highlights the importance of on-line banking and mobile today and to our commitment in bringing convenient banking services to everyone in central Africa.”

Launched in the Côte d’Ivoire in December 2008, Orange Money is currently available in 14 countries in Africa and the Middle East. With close to 8 billion euros exchanged over the course of 2015 and over 16 million customers, Orange Money continues its rapid growth.

Orange Money is a service that enables customers to transfer money from their mobile phone to other account-holders across the country and, from certain countries, to users based abroad. Depending on the country, they can also use the service to remotely pay electricity, water or television bills, buy air time for their mobile, or benefit from savings or insurance services.