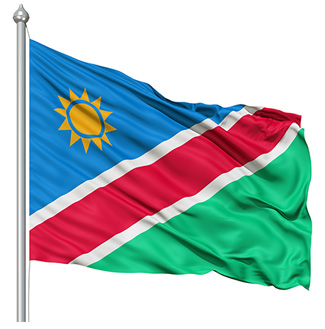 Inception of Cooperation between the Namibian Charcoal Producers Association and the MAWF/GIZ Support to De-bushing Project.

According to the best available estimates, 26-30 million hectares of Namibian farmland are affected by bush encroachment. Evidence exist that this phenomenon severely degrades rangelands and hampers agricultural productivity. At the same time bush encroachment creates unique opportunities for the Namibian economy if biomass is recognised as a valuable resource for existing and new value chains.

Acknowledging the overall importance of bush control, the governments of Namibia and Germany agreed on a 4-year Project to address both the challenges and opportunities that bush encroachment entails.

The Support to De-bushing Project runs from 2014 until 2017 and is a bilateral cooperation between the Namibian Ministry of Agriculture, Water and Forestry (MAWF) and the Government of the Federal Republic of Germany. It is implemented by the Deutsche Gesellschaft für Internationale Zusammenarbeit (GIZ) GmbH.

The Project’s overall objective is to trigger large-scale bush thinning activities. To this end a demand- driven approach is pursued, focusing on the identification and testing of potential bush based biomass value chains. The Project selected three value chains to be supported during the course of its project lifetime, namely the value chains of charcoal, animal feed and biomass energy.

The MAWF/GIZ Support to De-bushing Project conducted a first charcoal stakeholder workshop in November 2015 in Otjiwarongo to identify joint sector promotion activities for the year 2016.

The identified activities were based on the Sector Growth Strategy developed by the Ministry for Industrialisation, Trade and SME Development (MITSD). The charcoal stakeholders agreed on the joint vision to develop a fully functioning sector association and to introduce improved production methodologies in order to foster sustainable charcoal production in Namibia.

It is against this background that the MAWF/ GIZ Support to De-Bushing Project has signed a Financial Agreement with the Namibian Agricultural Union, to which the NCPA is currently affiliated.

The agreements foresees financial support of NAD 1,691,000 (ONE MILLION SIX HUNDRED NINETY ONE THOUSAND) and runs for the period April 2016 to December 2016.

The financial agreement encompasses the following activity areas: 1) re-shaping the organisational structures of the NCPA, 2) setting up a pilot project on improved production technologies and methodologies, 3) developing a marketing strategy for the Namibian charcoal sector, 4) developing informational material and training manuals.

The official start of this cooperation was celebrated during an inception meeting, which took place at the C’est Si Bon Hotel in Otjiwarongo on Thursday, 31 March 2016. The meeting was attended by NCPA management and members, NAU representatives, as well as representatives of MAWF/Directorate of Forestry and GIZ.

The NCPA will hold a Special Annual General Meeting (AGM) on Monday 25 April 2016 in order to confirm the planned institutional changes.