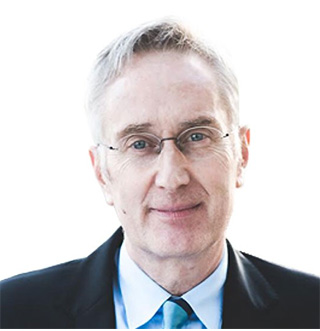 Sir Michael shared with Minister El-Sherbini his experiences of working on education and government reform for over 20 years in government and in the private sector. In particular, Sir Michael shared his experience working as the UK’s Special Representative on Education for Pakistan, when he advised the Pakistani government on its efforts to enrol 7.5m out-of-school children into the education system, while simultaneously improving the quality of public sector education.

Sir Michael was in Cairo to speak at a conference about education system reform in, held under the auspices of the Ministry of International Cooperation, the Ministry of Education, and the World Bank.

The UK is the education nation. With our world-class universities, top quality education systems, and expertise in skills and vocational training, the UK is uniquely placed to support Egyptian efforts at education reform and help unlock the potential of Egypt’s next generation.

Sir Michael’s visit yesterday is one part of that. Sir Michael brings with him knowledge, expertise, and a long experience in helping governments deliver for their citizens, especially in education. Together, I am optimistic that the UK and Egypt can transform the education system here in Egypt and benefit this generation and many more to come.

Egypt’s economic future depends on education. Education has to be the driver of economic growth. I am delighted to join the dialogue here about how to transform the education system.

Supporting Egyptian education is at the heart of the UK-Egyptian relationship. Whether through Chevening and Newton-Mosharafa scholarships, the British Council’s English language training, advice on policy reform, or much more, UK programmes are helping raise up a well-educated, highly-skilled, and innovative new generation of young Egyptians who are vital to Egypt’s future.