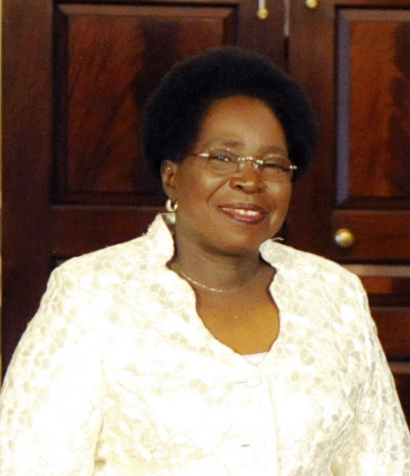 Both the AUC Chairperson and the EC representative informed the journalists on the achievements and commitment by the two institutions to strengthen the existing partnership between Africa and the EU and to deepen the existing political dialogue and cooperation with the view to improve the living condition of their respective populations.

Addressing the press, Dr. Dlamini Zuma heighted the areas of cooperation between the AU and the European union including, infrastructure and energy development, climate change and environment, agriculture, gender and youth development , peace and security and migration among others. She underlined that the areas of cooperation were discussed in line with the Ten Year Implementation Plan of the Africa Agenda 2063 in alignment with the Agenda 2030 of the Sustainable Development Goals.

On the issue of migration, Mrs. Federica said the EC and AUC are currently looking at the need for legal channels to prevent or lessen illegal migration which has exposed thousands of people to ill practices such human trafficking, slavery and has caused the lost of many lives. She informed the press that the AU/EC college to college was also and opportunity to discuss on the preparation ahead of the Africa-EU Summit billed for 2017.

The Press Conference was preceded by the signing ceremony of a trilateral agreement between H.E Mr. Erastus Mwencha, Deputy Chairperson of the AU Commission, and the Vice President of the EC, Mrs. Federica Mogherini.