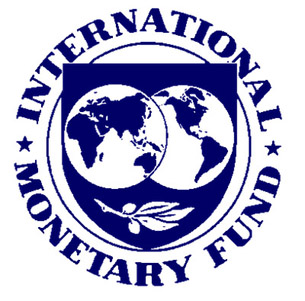 On April 25, 2016, the Executive Board of the International Monetary Fund (IMF) concluded the Article IV consultation with Islamic Republic of Mauritania.1

The global economic landscape has deteriorated since the 2014 Article IV Consultation and Mauritania continues to face a negative terms-of-trade shock as a result of the fall of international metal prices. The authorities’ initial response was geared to supporting economic activity with countercyclical policies using fiscal and external buffers built during the boom years for metal prices. As the terms-of-trade shock became increasingly perceived as long-lasting, the authorities have started adjusting their fiscal and exchange rate policies, including measures to strengthen revenues and contain current expenditures, and allowing for nominal depreciation. Growth slowed to about 2 percent in 2015 due to lower mining activity and slower construction and fishing activity because of base effects, and is expected to rebound to 4.1 percent in 2016.

The slowdown in 2015 economic growth was accompanied by inflation easing to 0.5 percent on account of lower international prices and real exchange rate appreciation. Lower domestic demand and import prices led to an improvement in the current account deficit, though it remained elevated at 19 percent of GDP. Reserves coverage increased to 7.7 months of non-extractive imports supported by external financing. The fiscal deficit (excluding grants) deteriorated despite higher revenues generated mainly from a lack of adjustment in domestic energy prices in the face of falling international oil prices and some restrain in current spending. Public debt reached 93 percent of GDP by end-2015 (including a passive bilateral debt estimated at 20.9 percent of GDP at end-2015) as the authorities borrowed for priority investment projects and for external support. The debt service-to-revenue ratio remained at 10.3 percent, as public debt is mostly contracted on concessional terms. With the economic slowdown, liquidity ratios declined but the banking system remained broadly liquid.

While real GDP growth is projected to rebound to 4.1 percent in 2016 because of higher iron ore production from a new mine, non-extractive GDP growth is projected to remain subdued and will recover to 4 percent by 2018. Subdued economic activity, compounded with limited interbank market and high concentration in credit or deposit portfolios, could hinder the capacity of the financial sector to channel credit toward private sector activity, hampering efforts to achieve more diversified and robust economic growth. Over the medium term, staff projects the current account deficit to remain above 10 percent of GDP despite improving non-extractive exports associated with economic diversification efforts, which will also result in some pick-up in FDI. Assuming the cancellation of the passive bilateral debt at end-2016, external debt is projected to peak at 79 percent of GDP by 2018 as the authorities sustain investment spending. Public debt is projected at 81 percent by 2021 and the debt service-to-revenue ratio is expected to rise to 22 percent in the medium-term. Under current policies, gross international reserves are projected to fall below the authorities’ target of three months of imports (excluding extractive) by 2020.

Risks to the outlook are tilted mainly to the downside and the economy remains vulnerable to external shocks. Mauritania is vulnerable to higher-than-envisaged oil prices and/or lower iron ore prices, deterioration in regional security, and domestic policy implementation risks. These could lower growth potential over the medium term. On the upside to economic activity, a rebound in iron ore prices, an expansion in gold mining capacity and accelerated exploration associated with Kosmos’ gas discovery would boost economic prospects.

Executive Directors commended the policies undertaken by the authorities to support macroeconomic stability in the face of a large and persistent negative terms-of-trade shock. In view of heightened global economic uncertainty, they encouraged the authorities to remain vigilant and to step up policy efforts to put public debt on a downward trend, support external stability, and reinvigorate structural reforms to promote economic diversification and inclusive growth.

Directors welcomed the gradual nominal exchange rate adjustment since September 2014. They noted that the current account deficit remains elevated and agreed that continued exchange rate flexibility, together with fiscal consolidation and structural reforms, would allow for smoother adjustment to fundamentals and improve external stability by making the economy more resilient to shocks. A strengthened monetary policy framework and exchange market reforms will be important in supporting greater exchange rate flexibility. Directors encouraged the authorities to eliminate the exchange restriction subject to Fund jurisdiction under Article VIII as soon as possible.

Directors welcomed the authorities’ determination to advance fiscal consolidation by increasing non-extractive revenues and restraining current spending while safeguarding infrastructure investment. They saw a need for additional adjustment to put debt on a downward trend over the medium term while safeguarding growth. In this regard, they supported a continued broadening of the tax base; streamlining tax exemptions and subsidies while protecting social spending; and implementing public service reform. They also stressed the need to enhance public financial and debt management, and ensure careful selection and monitoring of public investment. They looked forward to the organic budget law and the program to restructure public institutions and state-owned enterprises. They recommended strengthening the fiscal framework over time, including with regard to managing mining wealth.

Directors underscored the need to maintain financial stability. They looked forward to the new banking and central bank laws to strengthen the prudential and bank resolution frameworks and the operational independence of the central bank, in line with the FSAP recommendations. They encouraged the authorities to enhance regulatory compliance and supervision, especially with regard to liquidity, foreign exchange, concentration, and related-party risks.

Directors noted that the terms-of-trade shock has increased the urgency for economic diversification, higher productivity, and more inclusive growth. They welcomed the authorities’ advances in enhancing the business environment and promoting private sector investment and FDI, and highlighted the importance of continued efforts to improve governance, raise the quality of education and training, and enhance access to finance.