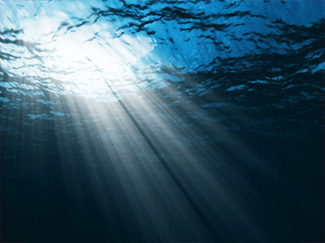 For many people, an ocean is often associated with fun, relaxation, and escape. It is a place where families and loved ones visit to unwind and enjoy the beauty of nature. However, there is more that the oceans do than produce fish and serve as the centre of attraction for beach goers, writes Chris Bathembu.

Experts say if South Africa fully takes advantage of the immense potential of its oceans, more than R30 billion can be added to the country’s economy over the next four years, leading to the creation of 70 000 jobs.

But you may ask how will it be done? Government says Operation Phakisa: Ocean Economy, an initiative unveiled two years ago, will be the main driving force behind initiatives to unlock the economic potential of the country’s oceans. And, if the numbers are anything to go by, Operation Phakisa: Ocean Economy is already yielding positive results for the country’s economy.

During a visit to Port Elizabeth recently, President Jacob Zuma revealed that more than R17 billon has been unlocked in the economy since the launch of the initiative and that 4 500 people found jobs. Most of the work has so far focused on the development of infrastructure at South Africa’s major ports to make them more efficient for the maritime industry and attract investment.

Public Enterprises Minister Lynne Brown, the minister who is in charge of the port infrastructure, tells SAnews that South Africa’s eight commercial ports and numerous small ports have great potential to perform better than they are doing. There are also proposed ports in the Northern Cape, Boegoe Bay and Port Nolloth.

Up to R7 billion has been committed towards new port facilities and refurbishments and already 200 jobs have been created.

“I have approved the model that Transnet will fund and operate five initiatives and seek Private Sector Participation for the new facilities in Saldanha, Richards Bay and East London,” says Minister Brown.

The state-owned Transnet, through the Transnet National Port Authority (TNPA), is responsible for revitalising the ports and providing access to the land and infrastructure at the port. Already, R80 million has been earmarked for the rehabilitation and maintenance of proclaimed harbours in Gansbaai, Saldanha Bay, Struisbaai, Gordons Bay and Lamberts Bay, as well as the establishment of the three new harbours in Boegoebaai in Northern Cape, Port St Johns in Eastern Cape and Hibberdene in KwaZulu-Natal, providing opportunities for local and rural economic development.

Minister Brown says TNPA intends to unlock investment in new and existing port facilities and these include conclusion of the lease deal with TAG Yachts to build catamarans for export at the Port of Port Elizabeth.

“TNPA has awarded a Terminal Operator Agreement to OTGC to build and operate a Liquid Bulk Terminal (Fuels and Oils) at the Port of Cape Town and preferred bidder status for a similar terminal in the Port of Ngqura,” says the minister.

Also Operation Phakisa will deliver on some of the aspirations of the National Development Plan 2030 which have been championed at every level of government and society. This kind of ocean economy model is new to South Africa and is based on a fast results delivery programme that South Africa copied from Malaysia in 2014 to boost economic growth and create jobs.

In his State of the Nation Address earlier this year, President Zuma stated that a resilient and fast-growing economy is at the heart of radical transformation agenda and is in line with the National Development Plan.

In Port Elizabeth, where he visited the city’s port facilities, the President said government had learned some good lessons during the implementation of the programme.

He said where government has made interventions, whether within the policy space or facilitating authorisations and approvals or providing some incentives, it has unlocked private sector investment.

“We will continue to do so and work hand in hand with the private sector and all our partners and stakeholders to ensure that we realise our vision. Within the last year and a half, Operation Phakisa’s primary focus has been on implementing mechanisms to systematically clear constraints and blockages hampering the development of these projects.

“We have focused on removing legislative uncertainty, lengthy bureaucratic authorisation procedures, delays in funding flows, infrastructure challenges and skills gaps. This means all spheres of government must be involved and must participate in removing obstacles to investment in the country.”

South Africa is also targeting the oceans economy as it is one of the key drivers in the Nine-Point Plan to grow the economy, create jobs, transform the economy and attract investment.

President Zuma mentioned that South Africa is also making progress in the boat building sector. He said R353 million has already been committed in the ports of Durban and Cape Town for boatbuilding infrastructure, and this initiative has created approximately 355 direct jobs.

In Port Elizabeth, where an investment of R307 million is being channelled towards the refurbishment of the port, work is underway to attract new investments.

In addition, of the nine tugboats currently being built by South African Shipyards for Transnet National Ports Authority in the Port of Durban, two are destined for the Port of Port Elizabeth. One of these boats that are going to PE is named Mvezo, after the birthplace of the late former South African President Nelson Mandela. The Eastern Cape government has vowed to take advantage of these developments considering that the province boasts 800km of coastline.

President Zuma added that investments in boatbuilding and a fuel storage facility in the Port of Cape Town, amounting to approximately R3.6 billion have also been committed.

Operation Phakisa will also be used to develop rural economies. This will be done through small harbour development, coastal and marine tourism and aquaculture focusing mainly in the fish industry.

Government says the expansion of aquaculture projects to inland and other coastal areas in support of Small Medium and Micro Enterprises will create 3200 jobs and contribute R500 million to the GDP over the next year.

Nokia sold more smartphones than Google, HTC, and Sony over the...