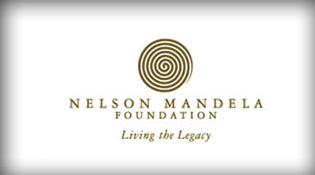 Pretoria – One way that Africa could create economic opportunity is by ensuring growth in the agriculture sector, says Microsoft founder and philanthropist Bill Gates.

Gates said the agriculture sector which was struggling to survive could be changed into a thriving business.

He was delivering the 14th annual Nelson Mandela Foundation lecture, in Pretoria, on Sunday, under the theme: “living together”.

“Right now, most African smallholders suffer from an almost total lack of innovation. They plant unproductive seeds in poor soils in order to produce just enough to feed their family,” he said.

Furthermore climate change was leading to more severe weather and affecting the sector.

“…Doing more of the same is going to bring even more meagre harvests. The key to breaking this cycle is a series of innovations at every step along the way from farm to market,” Gates said.

Farmers need seeds that can tolerate droughts, floods, pests, and disease as well as affordable fertilizer that includes the right mix of nutrients to replenish the soil, and easy-to-administer livestock vaccines that can prevent flocks and herds from being wiped out.

“Second, farmers need to be connected to markets where they can buy these inputs, sell their surplus, and earn a profit they can invest not only in their family’s basic needs but also back into the farm.

“This, in turn, will provide employment opportunities both on and off the farm as more prosperous farmers begin to support a range of local agribusinesses like seed dealers, trucking companies, and processing plants,” he said.

Another step that Africa needed to take towards the next economic opportunity is to promote job creation in other sectors.

“Doing this will require significant investments in infrastructure, including energy.

“One priority for governments is to get much tougher about managing their electrical grids. This means refurbishing power plants, making sure people are paying their bills, and doing the technical work to stem electricity losses so that the grid is operating as close to 100 percent as possible,” Gates said.

He said if power utilities can prove they are economically viable, it will be easier to attract investors who can help fund the necessary improvements on the continent.

Gates said challenges of health, education, agricultural productivity, as well as energy can only be addressed when governments function well.

“A lot can be accomplished by focusing on fiscal governance and accountability. Here in South Africa, the government gets strong marks for the budget information it provides to the public,” Gates said.