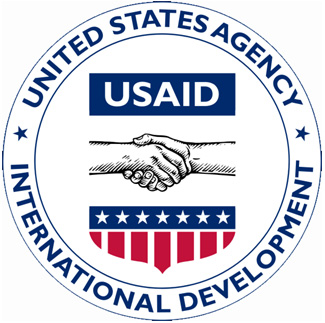 The United States Agency for International Development (USAID) and the U.S. National Aeronautics and Space Administration (NASA) today announced a five-year program, SERVIR West Africa. This program will promote the use of satellite imagery to help improve the West Africa region’s resilience; lessen negative impacts of climate change; ensure that land use management is sustainable; and reduce greenhouse gas emissions. With this program, West Africa becomes part of the Global SERVIR network, which includes Eastern and Southern Africa, the Hindu-Kush Himalaya region, and the Mekong River Basin.

SERVIR West Africa will be funded by USAID and NASA and implemented by the Permanent Inter-State Committee for Drought Control in the Sahel (CILSS) subsidiary, the Agriculture, Hydrology and Meteorology (AGRHYMET) Regional Center. AGHRYMET will implement this program together with a consortium of West African partners serving the region with support from Tetra Tech, Inc. The program will help governments and other key decision-makers take advantage of publicly available satellite imagery, geospatial data and maps to make more informed decisions in four areas: food security and agriculture; water and disasters; weather and climate; and land use, coastal zones and forest management.

SERVIR has already demonstrated its usefulness in countries where it has been operating. For example, in East Africa, where climate change has altered rainfall patterns and flood cycles, SERVIR is assisting the Kenyan Department of Water Resources to improve flood forecasting. A near real-time satellite data system has been co-developed that allows government authorities to alert communities so they can prevent loss of life, property, and livelihoods caused by floods. “Via the use of SERVIR, the Sahel and West Africa regions are poised to improve reliability and timeliness of data sources. Producers, technicians, and policy-makers thank the U.S. Government for its continued support both financially and technically,” stated Dr. Djimé Adoum, Executive Director of CILSS.

“There is an immediate demand to connect available science and technology to development solutions in West Africa,” said Alex Deprez, Director of USAID’s West Africa regional office. “SERVIR West Africa will engage scientists across the region to partner with each other to address the greatest challenges in the region. What we seek in the long term are African solutions to African problems.”

Operating as a regional hub, SERVIR West Africa will promote collaboration among technical institutions in the region, leveraging their respective strengths. It will also work across the region to increase awareness, and improve access to and the capacity to use geospatial information. In this initial phase, the program focuses on four countries: Burkina Faso, Ghana, Niger and Senegal. The program will work with decision-makers to provide user-tailored information services.

“NASA is deeply committed to Earth science and the value it provides people around the globe. I’m proud to say SERVIR is now serving more than 40 countries,” said NASA Administrator Charles Bolden, who took part in the facility’s official opening Thursday. “Together with USAID, we are continuing the effort to bring space-based science down to Earth for real time, real world uses that are changing people’s lives where they live.”