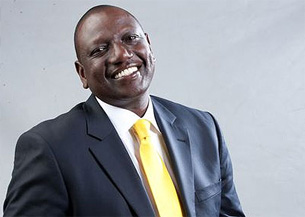 The China-Kenya bilateral relations have been expanding for over 40 years now. China and Kenya have worked together to move Kenya’s social, economic and ICT development at a rapid pace with numerous exchanges being made all the time.

This has been continued during a meeting this week in Beijing, China where Vice President Li Yuanchao and Deputy President of Kenya, William Ruso had a successful meeting. During the meeting it was confirmed that Chinas intentions are to continue pursuing relations with Kenya that are mutually beneficial. Yuanchao also stated that China considers Kenya to be a “strategic investment partner.”

Yuanchao added that not only does he personally and his country consider the Sino-Kenyan investments an important one, but that the countries are hoping to work towards an increase in ventures to do with technology and skills transfers. This is alongside the already established engagements with infrastructure and energy which is also set to have further development.

Ruto attended a meeting and was taken on a tour around the China Communications Company headquarters in Beijing. At the meeting Ruto confirmed Yuanchao’s remarks on the China Kenya engagement adding that there will be full focus on industrial development and technology in Kenya. This is a key engagement and interest for China not only in Kenya but across the continent.
On his trip to the organization Ruto added that, “We are happy that your organization is committed to efficiency and completion of work within the stipulated period, as well as development of technology.”