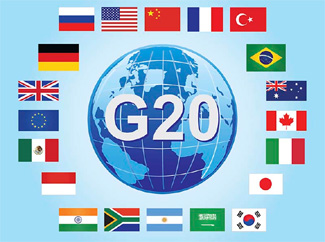 Pretoria – Cabinet says the primary focus of the G20 Summit in China this year should be to increase multilateral cooperation for the recovery of the global economy.

This, it said, would bring stability to the global financial system, promote long-term sustainable growth and to strengthen global economic governance. President Jacob Zuma arrived in China’s Hangzhou state on Friday to attend the Summit.

China presides over the work of the G20 this year and under its Presidency, has adopted an overarching theme of working “Towards an Innovative, Invigorated, Interconnected and Inclusive World Economy”. Cabinet said South Africa’s participation in the G20 meeting is to provide strategic foresight in establishing an economic and international policy platform that will drive and negotiate the best possible outcomes for South Africa, Africa and the developing world.

It said the G20 Summit will, for the first time in history, have a record number of developing countries in attendance.

South Africa is a member country of the Group of 20 (G20) which consists of 19 countries plus the European Union (EU), the 20th member. G20 members have been meeting regularly since 1999 to discuss global economic policy coordination.

The G20 was conceptualised to stabilise and strengthen the global economy, by bringing together the major advanced and emerging market economies. These economies together represent around 85% of global GDP, 80% of global trade and two-thirds of the world’s population.