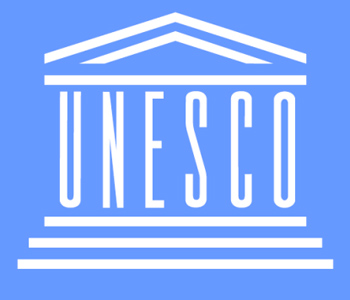 More than 2,500 researchers from 112 countries have been distinguished for their extraordinary discoveries and supported at key moments in their careers.

For the past 18 years, the L’Oréal-UNESCO For Women in Science (ForWomenInScience.com) programme has encouraged, promoted and honoured women scientists all over the world. More than 2,500 researchers from 112 countries have been distinguished for their extraordinary discoveries and supported at key moments in their careers.

Impacting the lives of people around the planet, their discoveries are offering new solutions and answering vital questions. Their ground breaking innovation is advancing entire fields of research and even opening new ones. The fellow’s work and research is contributing to curing diseases, increasing food supplies, enabling sustainable development, helping ensure the survival of our planet to better understand our universe, adding to our knowledge of the very foundations of life.

“Our changing world has never been in greater need of women and their discoveries. With the For Women in Science programme, the L’Oréal Foundation is committed to promoting these women in science who will change the world. We are determined to fight for science and to build a more beautiful world together,” stated Sandeep Rai, Managing Director, L’Oreal South Africa

As part of the programme, 14 female scientists from across Sub-Saharan Africa have been honoured for their work and impact in the scientific field. This year applications were received from 26 Countries which is testament to the increasing awareness of the program and our commitment to advancing women in STEM (Science, Technology, Engineering and Mathematics).

The recipients of the Post-Doctoral Fellowships of 10 000 Euros each are:

Title of project: Deciphering the roles of non-coding RNAs in immune gene regulation

Title of project: Effects of plant invasions on native ectotherms under a warming climate

The recipients of the Doctoral Fellowships of 5 000 Euros each are:

Title of project: Biomimicry of the multi-scaled architecture on selected butterfly wings for photonic applications

We are determined to fight for science and to build a more beautiful world together
Title of project: Investigating E-government Accessibility for Persons with Disabilities in Developing Countries – The Case of Ghana

Title of project: Bioactivity, Toxicity and Phytochemistry of selected medicinal plants used by Rukararwe and Prometra Herbalists in treatment of malaria in Uganda

Title of project: Hepatitis B virus-related liver cancer in South Africa: Investigations into the risk profile of a previously unscreened population from the Western Cape, South Africa

Title of Project: Numerical simulation of velocity and pressure fields for fluid flow through microtubes with complex geometries: Application to the flow dynamics of cerebrospinal fluid along a shunt device in patients with hydrocephalus pathology

Title of project: Experimental and computational study of the electrochemical and photo-electrochemical oxidation of organic pollutants at carbon based-semiconductor composite electrodes

Our L’Oréal-UNESCO For Women in Science Sub-Saharan Africa program in partnership with UNESCO’s African Network of Scientific and Technological Institutions (ANSTI) has reached many women across Africa.

The prestigious ceremony where fellows were presented with the fellowship took place on the evening of 28th September at The Venue Greenpark, Johannesburg.

Professor Abdool Karim was chosen from the Africa & Arab States region for her remarkable contribution to the prevention and treatment of HIV and associated infections, greatly improving the quality of life of women in Africa.

The recently launched manifesto For Women in Science has already been signed by numerous people across the world. This Manifesto aims to take a stand against the under-representation of women in the sciences. It is available on http://www.ForWomenInScience.com so that everyone can support this cause.