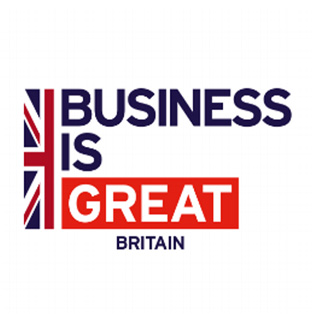 The British High Commissioner to Ghana, Jon Benjamin, presented a Ghanaian agriculture company, United Africa Fruit, with a certificate to mark their success in winning a place in the UK government’s international “Business is GREAT” competition. Founder and CEO Mr. Kadri Lomo represented the company at the award ceremony, which took place at the British High Commission in Accra.
The global campaign invited companies looking to source products or services from the UK to register for the UK government’s free export matching service.

Winning companies were selected based on the value of the products and services they were looking to source, and the reasons why they wanted to source from the UK. Their prize was a four-day sponsored trip to the International Festival for Business 2016 in Liverpool, one of the world’s biggest business events delivered in partnership with the UK government’s Department for International Trade (DIT) and the GREAT Britain Campaign. The goal was to facilitate connections and meetings between the winning delegation of international buyers and the best UK suppliers in their sectors.

I am delighted that a Ghanaian Company United Africa Fruit was among the global winners in this campaign, and that we could facilitate the right connections for them in the UK to help build their business. The UK is open for business. It is the fifth largest economy in the world and was the fastest growing economy in the G7 in 2014, and second fastest in 2015. It is also the highest ranked major economy in the World Bank’s Ease of Doing Business Index. I would like to take this opportunity to wish Mr. Lomo the very best of success in expanding his company in the region.

It was a pleasure liaising with both innovative UK technology and agriculture providers who offer the best in class solutions for both agricultural precision farming techniques and mobile communications. These companies understand the changing nature of agriculture and the need for new innovations and approaches that can increase the profitable nature of agriculture.

It is my hope to use the United Africa Fruit Company as a showcase for our UK partners to prove what can be achieved when innovative technology solutions are applied to smallholder agriculture, and I want to give my sincere gratitude to DIT and the British High Commission for enabling us to do so.