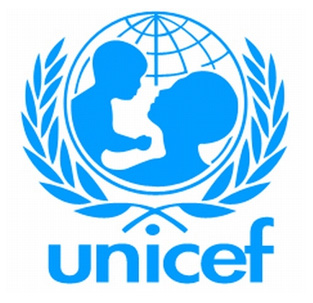 As part of the project, children in 180 primary schools in the priority areas will be provided with child friendly WASH facilities as per the Ministry of Education, Science and Technology minimum standards.

Large inequalities exist between urban and rural communities when it comes to current access to safe water sources and sanitation.

More than 150,000 people in Sierra Leone are set to benefit from improved water, sanitation and hygiene (WASH) under a new project launched by the Government of Sierra Leone with UNICEF funded by UK aid, from the British people.

In line with the President’s Recovery Priorities, the project will see the improvement of vital sanitation and hygiene practices – like use of improved toilets and handwashing with soap – in rural communities across eight target districts. In addition, a total of 504 water points will be constructed / rehabilitated in schools, communities and health facilities. The goal is to reduce the numbers of deaths and illnesses, such as cholera, caused by poor water and hygiene.

“Safe water and good hygiene are key to developing a healthy Sierra Leone,” said the Minister of Water Resources, Momodu Maligi. “This project will target vulnerable communities and bring about sustainable access to basic sanitation that has the potential to save thousands of lives.”

As part of the project, children in 180 primary schools in the priority areas will be provided with child friendly WASH facilities as per the Ministry of Education, Science and Technology minimum standards.

Speaking at the launch Guy Warrington, British High Commissioner to Sierra Leone, said “I am delighted to see the WASH programme in action. This underlines the UK Government’s commitment to help at least 60 million people globally get access to clean water and sanitation, over the next 5 years. Improving water and sanitation is also a Presidential Recovery Priority, I am pleased we are working on a common goal. We know that to address Sierra Leone’s development challenges effectively, we must work together to ensure everyone has access to clean water and good sanitation. I am delighted that UK Aid is able to support the Government of Sierra Leone’s efforts to improve WASH for rural communities as part of our £240 million pound commitment to the recovery.”

The UK government has been a committed partner of Sierra Leone for many years in the water sector and is investing £8.5 million pounds (USD $10.4 million dollars) in the project. UK Aid’s support to the previous 6-9 month post-Ebola recovery plan saw WASH services provided in 84 health care facilities and 170 schools, delivered by UNICEF.

Poor hygiene and sanitation in Sierra Leone is linked to three leading causes of under-five mortality: malaria, respiratory and diarrheal diseases. Handwashing levels pre-Ebola were less than 20 percent, but all indications are this improved significantly during the Ebola response.

“Large inequalities exist between urban and rural communities when it comes to current access to safe water sources and sanitation,” said the UNICEF Representative, Geoff Wiffin. “In the Agenda for Prosperity, the Government has committed to prioritising WASH services and with DFID we want to support that goal and make improved water and sanitation a reality for much more people in Sierra Leone.”

Last year, the United Nations adopted the Sustainable Development Goals (SDGs), including hygiene for the first time in the global agenda. One of the SDG targets is to achieve ‘access to adequate and equitable sanitation and hygiene’ by 2030. This underlines the importance of this project and the strides the Government of Sierra Leone is making in the WASH sector, with UK Aid support.