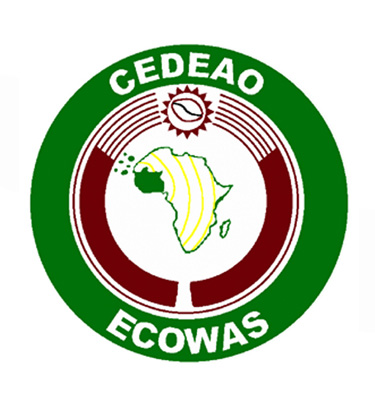 How can the adherence and active participation of ECOWAS member-countries in the processes of the African Union’s flagship governance initiative – the African Peer Review mechanism (APRM) – enhance regional integration in West Africa? This will be the subject of a two-day West Africa Regional Workshop on the APRM to bring together about 50 high-level delegates from the sub-region in Abidjan, Republic of Côte d’Ivoire from 28 to 29 November 2016. With the strong support of the Ivorian Government, the workshop has been jointly convened by the Secretariat of the AU’s APRM, the Economic Community of West African States (ECOWAS) and the UN Economic Commission for Africa (ECA).

The two-day event will aim to build on the gains of the last workshops, of the same series, held in Chad (for Central African countries) and Kenya (for East African countries) to breathe a new lease of life into adhering member states’ appropriation of APRM’s principles and utilisation of its tools and processes, to reinvigorate interaction among member countries in the spirit of peer learning and to stimulate enough interest in the four ECOWAS non-members of the Mechanism to come aboard the Continental Governance Mechanism. The four countries include: Cabo Verde, the Gambia, Guinea and Guinea Bissau.

Working sessions will focus on the methodology of the second-generation review of countries – which would be of great interest to the six APRM member States in ECOWAS that have already been peer reviewed, member’ sponsorship of the four ECOWAS countries not yet affiliated with the Mechanism and a systematic sharing of best practices from all countries that have signed up to it. Participants will also connect the dots between governance principles as captured in the context APRM processes and what they mean for regional integration in West Africa.

As has been the tradition of past regional workshops, the meeting will also feature a special conference by the APRM Panel of Eminent Persons on the theme: “Structural transformation and diversification of the economy in Africa: how to achieve it in a concrete manner.”

The Abidjan workshop will be particularly exciting as it is being held in the ECOWAS sub-region, which has produced the largest number of committed member states (among the AU’s main regional economic communities) for APRM’s governance guiding principles and practices. From a total of 15 Member States belonging to ECOWAS, 11 are party to the APRM, which is just above 31 per cent of the Mechanism’s total membership as of 1 January 2016. In addition, out of the seventeen APRM members that have already been assessed and reviewed by the Heads of State and Government adhered to the Mechanism, six are ECOWAS members: Benin, Burkina Faso, Ghana, Mali, Nigeria and Sierra Leone. This represents slightly over 35 per cent of all reviewed members. This context is particularly relevant to give traction to APRM in West Africa and especially recruit ECOWAS’ four countries that are yet to accede to the Mechanism.

About the African Peer Review Mechanism

A Specialised Agency of the African Union (AU), the African Peer Review Mechanism (APRM) was initiated in 2002 and established in 2003 by the African Union in the framework of the implementation of the New Partnership for Africa’s Development (NEPAD).

Member countries use the APRM to self–monitor all aspects of their governance and socio-economic development. African Union (AU) stakeholders participate in the self-assessment of all branches of government – executive, legislative and judicial – as well as the private sector, civil society and the media. The APRM Review Process gives member states a space for national dialogue on governance and socio-economic indicators and an opportunity to build consensus on the way forward.