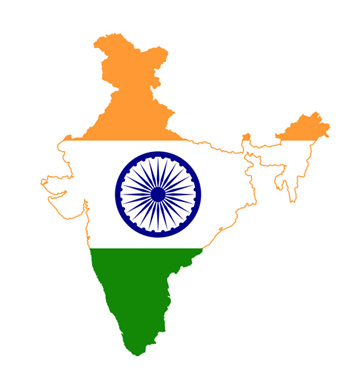 The newly appointed High Commissioner of the Republic of Seychelles to the Republic of India, Mr. Philippe Le Gall, presented his credentials to President Shri Pranab Mukherjee at an official ceremony held in Rashtrapati Bhawan

He conveyed particular appreciation for the close bond of friendship between the two countries mentioning the need to intensify a wide range of collaborative projects in various sectors, notably in maritime security and defense, Finance, trade and capacity building to bring the economies of the two countries closer, drive more growth, and create more opportunities for entrepreneurs of both nations. He also expressed the wish to receive Seychelles’ President on the occasion of an official visit to India.

Prior to arriving in India, Mr. Le Gall served as Ambassador to China and High Commissioner to Sri Lanka.

Mr. Le Gall extended the appreciation of the people of Seychelles for the generous and exemplary assistance the country has received from India throughout the years. He reaffirmed the commitment of the government to strengthen bilateral relations of friendship and cooperation, especially through the exchange of high-level delegations.

India and Seychelles, he said, have enjoyed a long and lasting friendship for the past 40 years, since the establishment of diplomatic relations between the two countries in 1976. He saluted the unique contribution of the Seychellois of Indian origin in the development of the country pointing out that in 1770 five Indian were among the first settlers who arrived in Seychelles and therefore 2020 will mark 250 years of a special connection between the two countries.

“As the new head of mission, I will capitalize on what has already been achieved between our two countries, through intensive people-to-people diplomacy, notably in the fields of Defense and Security, the Blue Economy, Hydrography, Air Services and Tourism, Training and Education, Health, Agriculture, Finance, Trade and Investment, as well as Sports and Culture,” he said, adding that cooperation between Seychelles National Assembly and the Indian Parliament would figure high on his agenda.

Ambassador Le Gall shared his commitment to focus also on youth and community development with special emphasis on small and medium enterprises with the assistance of the MEA, other government departments and agencies as well as the Indian private sector to promote mutually beneficial and results oriented exchanges.

He also expressed his determination to work towards a more strategic, comprehensive and ambitious partnership between the two countries, an engagement required to keep maritime routes between India and Seychelles, Africa and the east open and safe at all time for trade, fishing, tourism, research and the sustainable exploitation of marine resources. “Seychelles is small and located in the middle of an ocean but we have learnt to think and act big and global,” he added.

Prior to arriving in India, Mr. Le Gall served as Ambassador to China and High Commissioner to Sri Lanka. He replaces Mr. Waven Williams.

Investment in infrastructure a necessity

The Employee Engagement Awards announces its expansion into Africa. Its fourth...