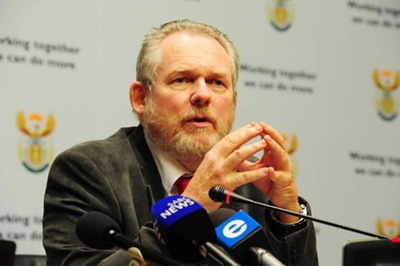 Pretoria – A KwaZulu-Natal shoe manufacturer received a R10.3 million boost from the Department of Trade and Industry’s (dti) Competitiveness Improvement Programme that has helped the company increase its production capacity.

The company, Labora Shoes, received funding from the programme from 2012 to 2016 that helped it up footwear production, sales revenue and employment substantially.

The company has since grown from making over a million pairs of shoes a month to over three million pairs a year and subsequently creating over 600 new jobs.

On his visit to the company, Trade and Industry Minister Rob Davies expressed his contentment with the progress the company has made in creating more jobs.

“It is important to underscore that Labora has participated in the international pavilions and shows through the support of the dti has subsequently entered into a joint venture with a company in Nigeria to manufacture footwear.”

“Labora now manufactures and sends through all the footwear components which are assembled and finished in Nigeria. This is real achievement for a company owned by previously disadvantaged people,” said Minister Davies.

Minister Davies described the growth of employment for Labora and its six Small Medium and Micro-sized Enterprises as impressive, growing from 642 to 1504 from 2012 to 2016.

According to the Chief Executive Officer of Labora Shoes, Desmond Chunderial, the growth of the company is directly linked to the support from government.