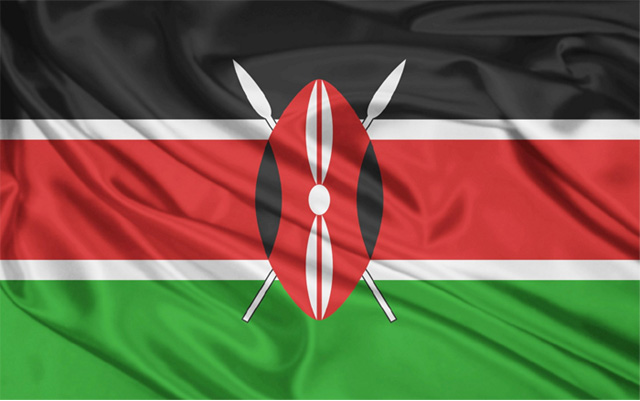 Collectively, Kenyan companies make up 14 per cent of the total number of companies in the report, one of the highest concentrations of high growth companies in Africa.

Companies included in the report will be celebrated at an event in Nairobi on 12 May.

Almost half of the Kenyan companies operate in innovative industries, with 14 companies in the renewable energy space and 11 in technology and telecoms.

Amongst those from the country are:

The report identifies 343 companies from 42 African countries as the continent’s most exciting and dynamic small businesses
Companies delivered impressive average compound annual growth rate (revenue) of 16 per cent over a 3 year period 2013-2015
Fast-growing companies appear in all regions of Africa. Highest concentration of companies from West Africa with 31 per cent of companies, closely followed by East Africa with 26 per cent and Southern Africa with 22 per cent
South Africa, Kenya and Nigeria are the countries with the most companies in the publication, each represented by over 50 companies
Fast-growing companies are present across a wide range of sectors
There is strong representation from innovative industries, with 22 companies in renewable energy and 40 in technology & telecoms
Industry, which covers areas such as oil and gas, construction, manufacturing and chemicals, is the biggest sector , with 23 per cent of companies in the report, followed by Financial Services which includes mobile banking, micro-credit, disruptive technology and Fintech, with 16 per cent, indicating that the continent has great promise for both traditional and more recent economic success stories
The 47 consumer services companies corroborate the trend of burgeoning consumer demand and growth of the middle-class across the entire continent
Report highlights the important role of female entrepreneurship;12 per cent of the companies in the report are led by female CEOs, three times the average for companies across Africa
Today, company CEOs featured in the report were welcomed to London Stock Exchange Group by the Rt. Hon. Priti Patel MP and Xavier Rolet, CEO, London Stock Exchange Group at a special launch event to celebrate African companies’ success, ambition and uniquely African entrepreneurial spirit. They were also joined by a broad range of Africa-focused investors, as well as senior representatives of African Development Bank Group, CDC Group and PwC, all partners on the report.

“Now is the time for UK businesses to seize the opportunities offered by Africa, and the UK Government is supporting the City of London to become the global financial centre for the developing world.

“This will help Africa industrialise faster, trade more and create millions of jobs, driving the continent forward to a future of prosperity, and helping some of the world’s poorest countries stand on their own two feet.”

Xavier Rolet, Chief Executive, London Stock Exchange Group said: “We are delighted to release the first edition of London Stock Exchange Group’s ‘Companies to Inspire Africa’ report, which follows the success of our research focused on the UK and European SMEs. For the first time ever, we have identified hundreds of Africa’s most inspirational and dynamic private companies. The report demonstrates the huge role that small and medium sized enterprises are playing as the driving force behind African economies: developing skills, creating high quality jobs and delivering growth.

London Stock Exchange has made it our mission for over 300 years to support access to growth capital for small and large companies in all parts of the world. We are proud to play our part in this great economic journey by shining a light on Africa’s success stories. We are also continuing to work in partnership with African stock exchanges to help develop robust, efficient and transparent capital markets to raise finance for companies like the ones listed in this report and thousands of others to realise their potential.”

A full searchable database of all of the companies along with a downloadable pdf of the publication can be found online at lseg.com/inspireafrica.

The report was produced in partnership with African Development Bank Group, CDC Group and PwC who contributed their expertise to the report, and is sponsored by Citi, Diamond Bank and FTI Consulting.

The British University in Egypt Teams with McGraw-Hill to Support Digital...

Anker’s Back to School specials for students and teachers