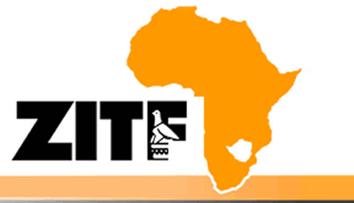 A close relationship between South Africa and Zimbabwe has laid a solid foundation towards advancing industrialisation and regional integration between the two countries and in the region. This was said by the Director of Export Marketing and Promotions at the Department of Trade and Industry (the dti), Ms Seema Sardha during the Trade and Investment Seminar that was held on the margins of the 58th Zimbabwe International Trade Fair (ZITF)

Sardha said that even though trade between South Africa and Zimbabwe has been growing, we need to be cognisant of the realities and the slow paced growth in trade between the two countries.

“To this end, we welcome the bilateral mechanisms instituted in steering our relationship including the Joint Commission for Cooperation and the Joint Technical Committee. In addition to these, during the State visit by President Mugabe to South Africa in 2015, the two sides agreed to elevating the engagements to that of a Binational Commission (BNC). This trade and investment seminar hence serves to demonstrate that South Africa is delivering on its commitments made during the BNC,” said Sardha.

She encouraged business people to utilise their inherent strengths to ensure that the two countries’ competitive and comparative advantages were realised.

This trade and investment seminar hence serves to demonstrate that South Africa is delivering on its commitments made during the BNC.

“In addition to this it is imperative that we take full advantage of amongst others our geographic juxtaposition, skilled and abundant resources, technological know-how and vast natural resources in changing the rhetoric as it relates to our poor trading relationship. In this regard, I believe we have the key role players here with us today and task you with giving meaning to changing the story line that has unfortunately negatively labelled us since time immemorial,” said Sardha.

Speaking about the Zimbabwe Indigenisation and Economic Empowerment (IEE) Policy, the Permanent Secretary in the Zimbabwe Ministry of Economic Planning and Investment Promotion, Dr Desire Sibanda said that the policy was specifically designed for the mining sector by ensuring that indigenous Zimbabweans also achieve ownership and benefit from the exploitation and utilisation of the country’s natural resources, and not to discourage investment into the country as is currently perceived.

“The general spirit was the recognition that even though political independence had been achieved, economic independence had not been fully attained. The rest of the economic sectors such as the textiles sector and Information and Communication Technology to mention a few, are permitted 100% ownership of their investment,” he said.

Dr Sibanda further clarified that the IEE Policy was conceptualised following the recognition of the need for creating a business environment of equal opportunities for all as a regardless of race.

The aimed of the Trade and Investment Seminar was to create a platform that will afford business representatives from South Africa and Zimbabwe the opportunity to further cement the close historical, economic and political ties that have bound the two economies since the times of South Africa’s liberation struggle.