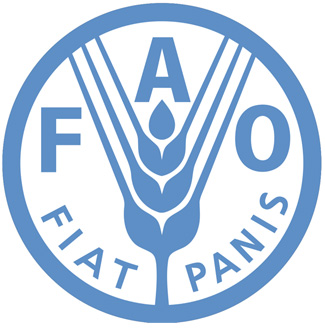 In March of this year, the League of Arab States and the World Bank Group signed a Memorandum of Understanding focused on leveraging the comparative advantages of each organization to take a regional approach to achieving the Sustainable Development Goals. A ceremony was held today in Cairo with the Secretary General of the League of Arab States, Ahmed Aboul Gheit, to celebrate this MOU. Water security in particular will require a regional approach, as the region’s scarce water resources cross borders and their effective long-term management will depend on increased cooperation among countries.

“The FAO, the League of Arab States and the World Bank all share the goal of promoting sustainable, effective and equitable water management in fragile situations – a goal which we believe can contribute to peace, prosperity and stability,” Ghanem said. “Unless action on water is taken, the political and economic consequences will be significant. For example, the impacts of climate change on water scarcity, in the absence of strategies for mitigation and adaptation, could lead to a 14% drop in the region’s GDP by 2050.”

“Countries of the region need to implement long-term and comprehensive sustainable water management practices to achieve the Sustainable Development Goal of ending hunger by 2030. A peaceful and stable environment is an absolute pre-condition for farmers to respond to the challenges of water scarcity and climate change. The region is not only water scarce, but also dampened by instability and conflict that it is in need of immediate intervention as well as long-term strategies,” Ould Ahmed said.

In 2014, in response to these alarming challenges, the FAO launched a Regional Initiative on Water Scarcity to support member countries in identifying strategies, policies and practices that promote sustainable solutions to water shortage in the region.

The serious potential effect of water scarcity on GDP has caught the attention of ministers of finance, who recently attended the World Bank-IMF Spring Meetings in Washington D.C. to discuss how to fill the financial gap for water and sanitation infrastructure, including using innovative solutions that include micro-finance.

“Targeted investments to improve the management and delivery of water are key as we seize the opportunities provided by the $75 billion commitment to IDA, the World Bank’s fund for the poorest and conflict-affected countries,” Chen said. “In several countries in the region, we are supporting the reconstruction and recovery efforts of governments. For example, we are working with Baghdad to restore water supply and sanitation infrastructure damaged by conflict.”

These links between water management, fragility and conflict are also discussed in the recently launched World Bank report Turbulent Waters which discusses how countries affected by fragility, conflict and violence made slower progress towards meeting the water-related Millennium Development Goals. The study also describes how investments in water can be conducive to stability by addressing short-term livelihood needs and long-term sustainability challenges.

Understanding Bitcoin in Kenya during the Festive Season