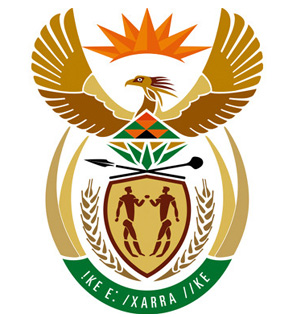 The Dialogue (“German Africa Policy Dialogue: Way Forward”) was held as part of celebrating #AfricaMonth, given that the month of May is celebrated as Africa Month by the African Union

The Ambassador of the Republic of South Africa in Germany, H.E. Mr Phumelele Stone Sizani, invited African Ambassadors, members of the German Government and Parliament, academics, political foundations, think thanks and the German-African Business Association to a discussion on Germany’s Africa Policy-Way Forward.

The Dialogue (“German Africa Policy Dialogue: Way Forward”) was held as part of celebrating #AfricaMonth, given that the month of May is celebrated as Africa Month by the African Union. South Africa will mark Africa Month under the theme: “The Year of OR Tambo: Building a Better Africa and a Better World” (#tambo100). The month is an opportunity to promote African unity, deeper regional integration and recommit Africa to a common destiny. The purpose of #AfricaDay is to celebrate the founding of the Organisation of African Unity on 25 May 1963, it was on this date that the 25 May was declared as Africa Day as a symbol of unity amongst all Africans.

Africa Month also acknowledges the progress that Africa as continent has made in addressing collectively the challenges that are faced such as insecurity, climate change and poverty and reflecting on the 54 States that comprise a vibrant and diverse continent.

Discussions also focused on the importance of interfacing with the African Union and its programmes in developing a policy with Africa.

In his welcome remarks Ambassador Sizani said that it was fitting that this discussion was taking place in May which is Africa Month and that Germany´s policy papers which are referred to as the Plans “with” Africa, are a step in the right direction, since it is important that the African Continent is viewed as an equal partner. Ambassador Sizani noted the upcoming G20 Summit under the chair of Germany with its focus on Africa through the Compact with Africa, as well as discussions being held within institutions in Germany on the Marshall Plan with Africa.

Professor Dr. Heinz-Walter Große, Chair of SAFRI (Sub -Saharan-Afrika Initiative der Deutschen Wirtschaft) delivered a key-note address focussed on equal business partnerships between Germany and African countries. He also highlighted the initiatives of the Federal Finance, Economics and Development and Cooperation Ministries who have all presented papers aimed at increasing investments in Africa. SAFRI will also present its own paper entitled “More business with Africa” in the near future which will encourage small and medium businesses sized to invest in Africa.

Following Professor Große’s key-note address, was a lively debate on the way forward, moderated by Minister Plenipotentiary Adv. Mohamed Cassimjee. Participants maintained the view that greater action was required. A distorted perception of the African Continent was identified as key challenge impeding a greater flow of investment to the Continent. South Africa was given as a major example of large scale German investment with over 600 German companies operating successfully with major investments. African Ambassador invited and welcomed German business to visit the respective countries, to gain first-hand insight before deciding on investment within the specific country and to not only consider Africa as a market for its products, but to establish domestic production facilities to support the Continent’s job creation objectives.

Discussions also focused on the importance of interfacing with the African Union and its programmes in developing a policy with Africa, the need to focus on continental infrastructure programmes, the building of strong institutions and on recognising the developments that have taken place on regional integration.

The Dialogue concluded with an appreciation of the broad range of stakeholders that attended the event, the enhanced focus of Germany on Africa and the need for continued dialogue in building a sustainable model of partnership between Africa and Germany.