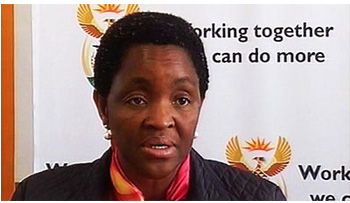 Pretoria – The council tasked with the country’s scientific development says it wants to produce more PhD graduates so it can expand its research capability and output.

Dr Thulani Dlamini, the CEO of the Council for Scientific and Industrial Research (CSIR), on Friday said the council attracts the right skills, and it should use this to strengthen its image as a training ground for PhD graduates.

“The CSIR has the largest concentration of PhD graduates in this sector amongst South African universities, which is very important for us because this reflects the quality of research we do. [The graduates] are the people who are able to provide direction in terms of new research areas that we need to pursue,” said Dlamini.

Dlamini said this in his opening remarks at a meeting of the Human Resource Development Council (HRDC) held at the CSIR.

The meeting was preceded by a tour of delegates, which included Deputy President Cyril Ramaphosa.

The tour was an opportunity to meet young scientists.

Dlamini’s vision is firmly entrenched in the CSIR, as one young scientist SAnews caught up with said he is making the most of every opportunity being availed by the CSIR.

Lesley Mapoko, an intern and scientist in training, said he wants to leave an indelible mark on the world class facility by the time his 12-month internship comes to an end.

“We have great supervisors here. They are rated amongst the world’s best researchers. We have all we need here, so getting a supervisor from here will be an achievement,” said Mapoko.

The 27-year-old Mapoko, who hails from the dusty streets of Ga-Matlala in Limpopo, joined the CSIR in January this year as an intern in polymer processing.

“Part of my tasks at the CSIR is to incorporate nanomaterials with polymers to strengthen the polymer. We want to toughen the properties of polymer, which is ‘plastic’ in your everyday language,” said Mapoko.

Mapoko explained that after putting the incorporated polymer through a testing machine, he takes it for characterisation, where he checks if the properties have improved. If the polymer passes the test, he takes it either for injection moulding or film blowing. Injection moulding produces plastic materials such as containers, whereas film blowing produces plastic bags that are used for packaging and shopping.

Mapoko completed a B. Tech in chemical engineering last year at the Tshwane University of Technology (TUT) and he is currently doing his second B. Tech in Project Management.

Dlamini said the work of the CSIR is important to improving everyday life in South Africa.

The CSIR has a staff complement of just under 3 800, and roughly 70% of the staff consists of scientists and technicians. About 350 of them are PhD graduates.

In encouraging more young people to join the ranks of the CSIR, Dlamini said the organisation offers an opportunity of killing two birds with one stone: one gets to acquire educational qualifications and work experience at the same time.

According to Dlamini, the CSIR has a budget of just over R170 million, which goes towards supporting programmes within capital development. Its turnover is about R2.7 billion, and just under R2 billion is raised through research for both public and private sector.

The CSIR has a national footprint but its main campus is in Pretoria.

Deputy President Ramaphosa, as chair of the HRDC, said he was pleased to learn that the CSIR generates its own revenue.

“… This is made possible by all these young scientists who work here,” said the Deputy President.