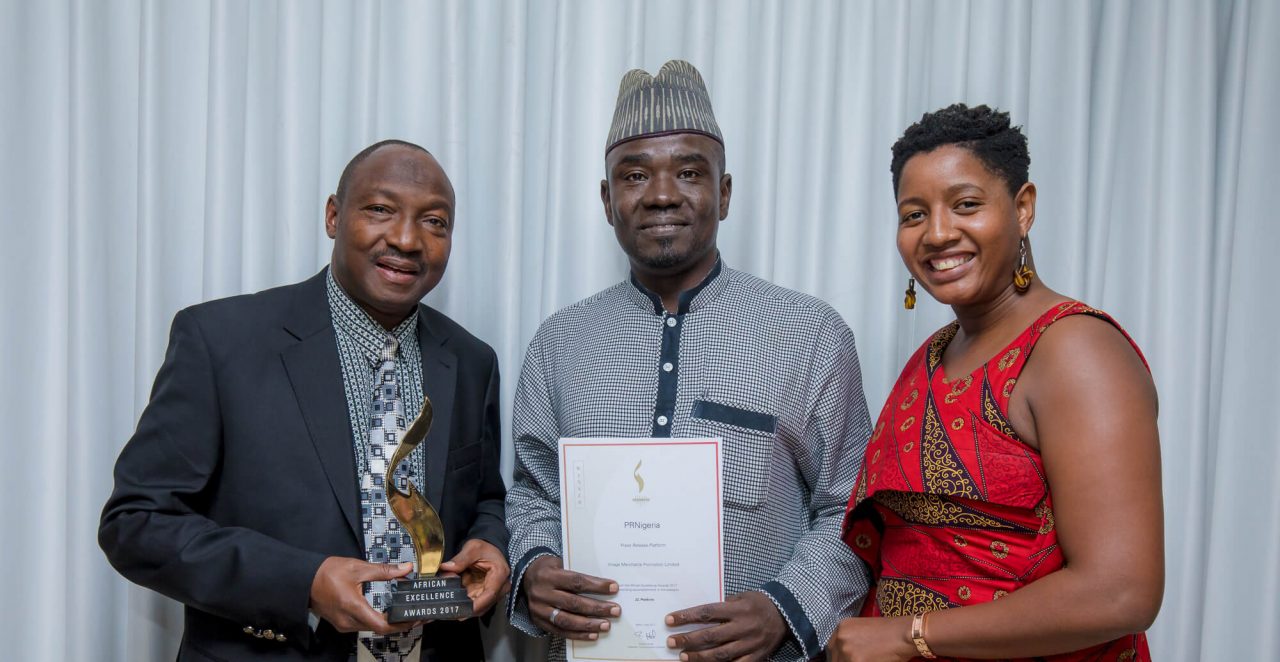 The PRNigeria has won the African Excellence Award 2017 for the best PR Platform at a ceremony in Johannesburg, South Africa.

Receiving the latest award, including a Finalist Certificate of Excellence in West Africa region, the founder of PRNigeria, Yushau A. Shuaib, commended the organisers for recognising the press release platform for the honours.

Shuaib said: “We feel honoured and humbled by yet another International Award for best PR practice. This recognition will further motivate us to always put in our best in satisfying our clients and the public with creative and innovative communication strategies.”
In a citation for the award, the organisers described PRNigeria as the most reliable and credible source of official information from public institutions in Nigeria.

The citation reads: “PRNigeria has devoted its platforms for syndication, publishing and sharing official press releases from critical institutions, especially Military, Security, Intelligence and Response Agencies and other government organisations in Nigeria.”

The Executive Secretary of a Nigeria-based Centre for Crisis Communication, Air Commodore Yusuf Anas (retd), also received a Finalist Certificate on behalf of his organisation for its unique contribution to crisis communication and public affairs.
Other recipients of the African Excellence Award are global public relations and communication giants.

The African Excellence Awards honour outstanding performance in a wide range of categories.

With in-depth categories, which cover everything from internal communications to public relations, as well as a wide scope of industries from all across Africa, the awards explore the full range of the profession and provide a comprehensive look at the most exceptional examples of communications.

The Global Excellence Awards are organised by German-based Quadriga Media, the publishers of Communication Director magazine for corporate communications and public relations, which is distributed worldwide.

Tunde Folawiyo, Omobolanle Johnson, others inaugurated into board of ACT Foundation

Water Management is Key to Sustainable Development and Stability in the...